I am back on the road and headed to New England.  My first stop was a campground just north of Niagara Falls, NY.  I have not been to the falls yet, but I did drive to Fort Niagara today, in spite of it being a very hot day!  (Looking forward to fall, I think.)

Driving through Buffalo and Niagara Falls yesterday was not fun, especially with the traffic and this bridge. 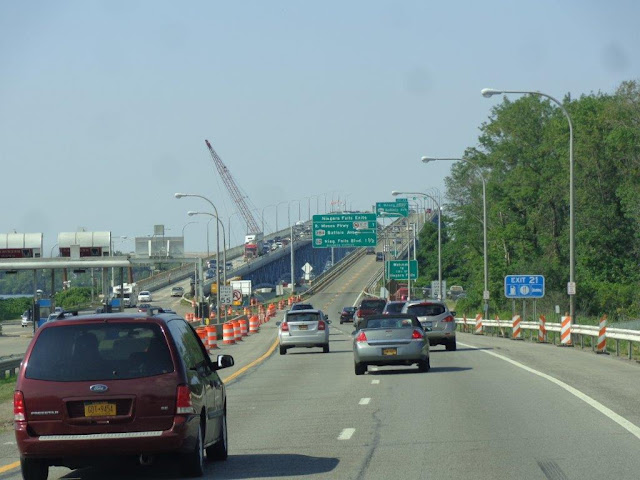 In spite of the heat, I got out today and visited Fort Niagara.  It is located at the mouth of the Niagara River where it dumps water from Lake Erie into Lake Ontario, so it was a pivotal fort during the French and Indian Wars, as well as in the War of 1812. 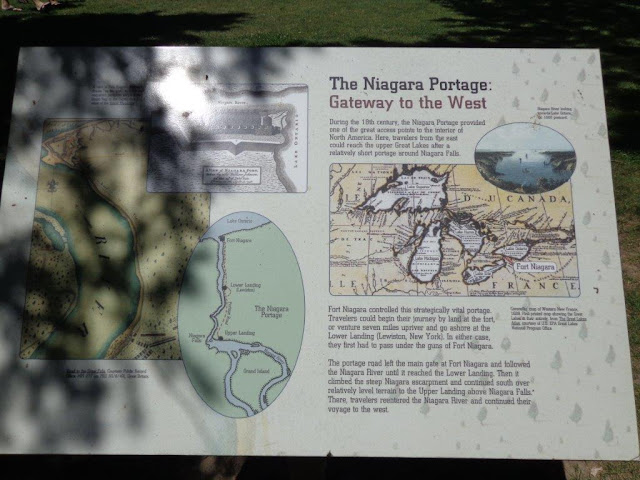 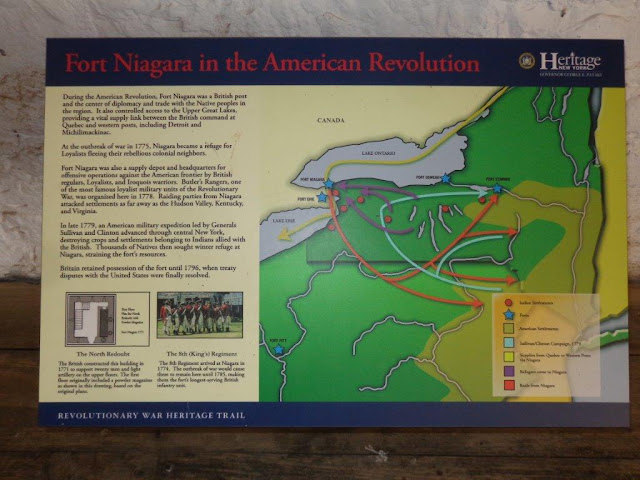 Entrance to the fort.... 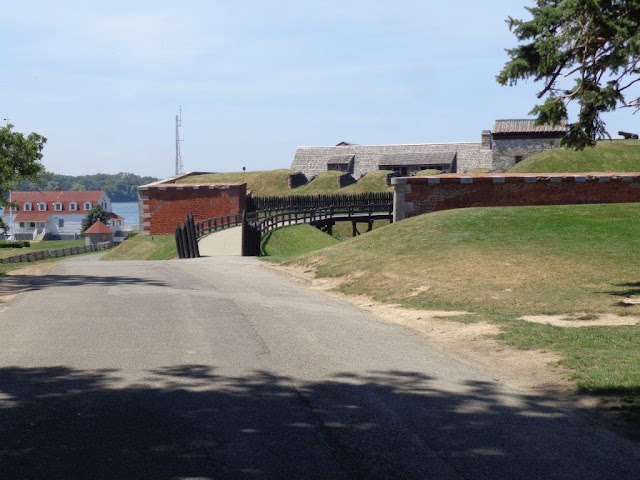 Some of the defensive structures. 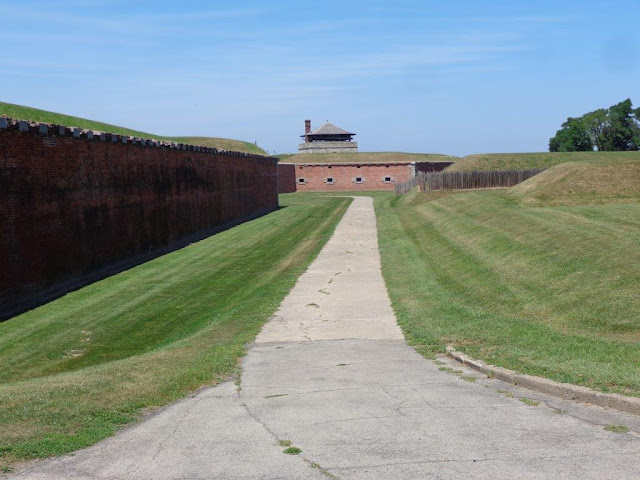 You can see a drawbridge just at the entrance to this building. 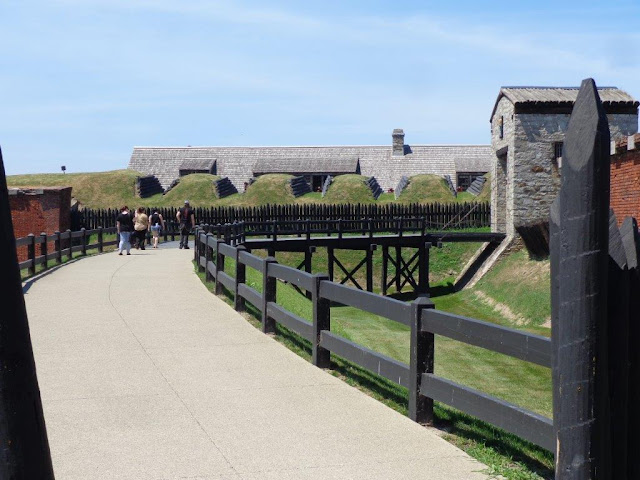 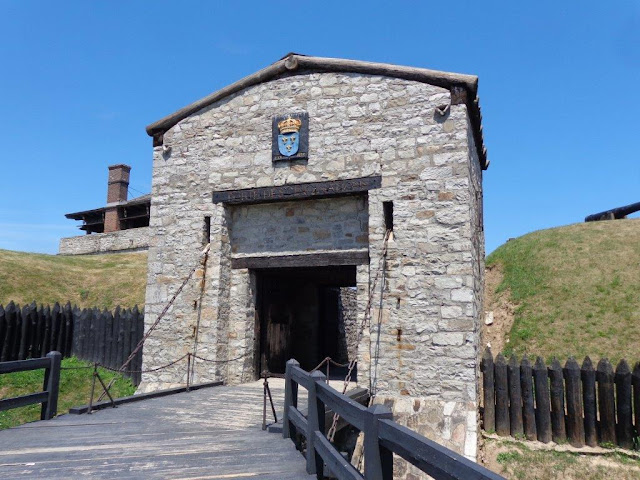 I could not resist taking a photo of the left and right weight mechanism to raise the drawbridge. 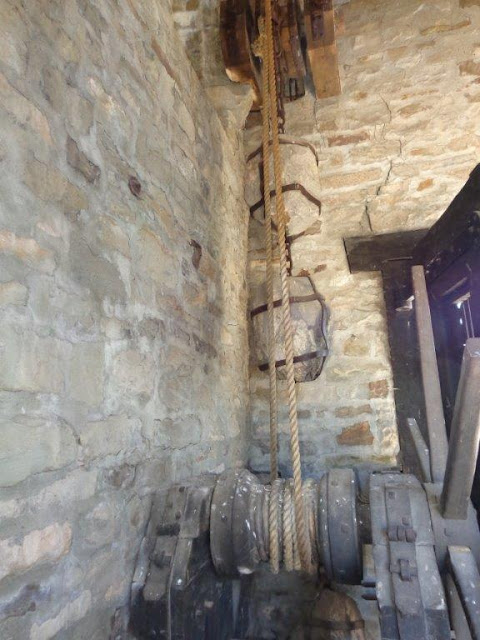 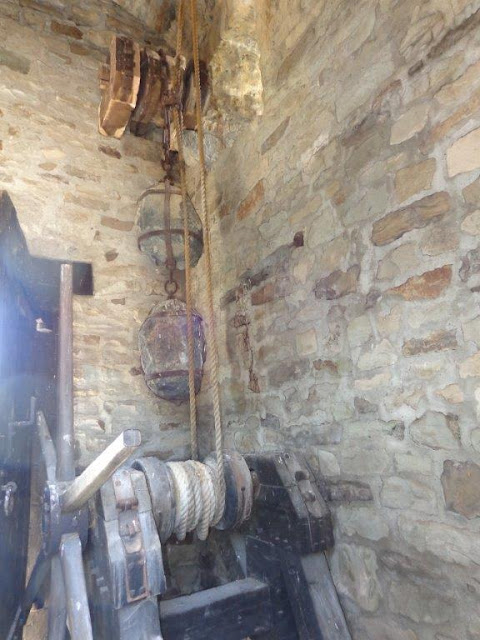 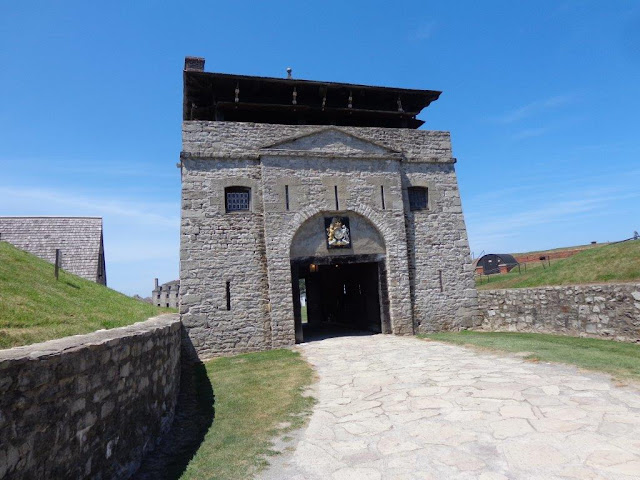 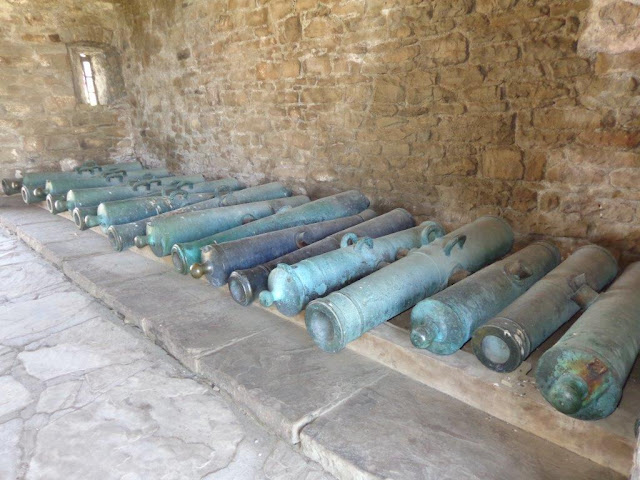 The building at this far end is called the "French Castle."  It was built to look like a large house and referred to as the "peace house" because building a fort would have looked too aggressive.  It's walls are extremely thick, so it is obviously not an ordinary house. 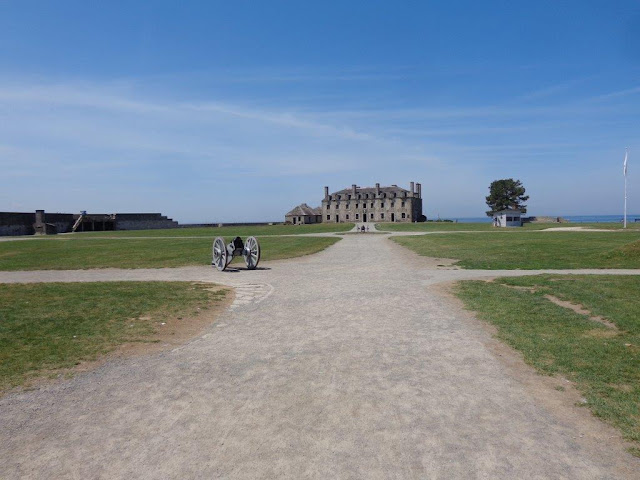 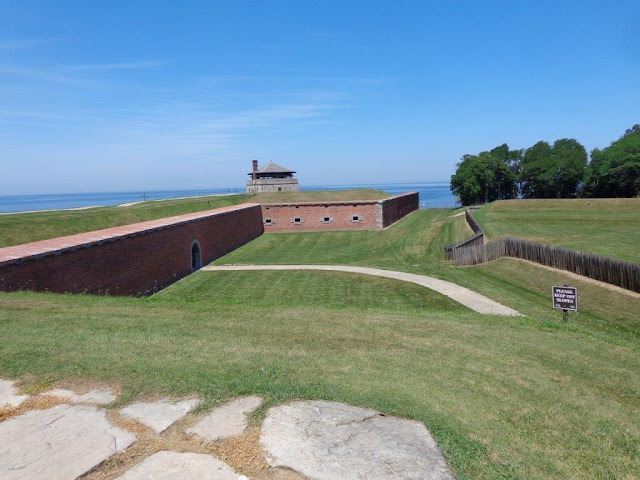 Some of the fort out-buildings. 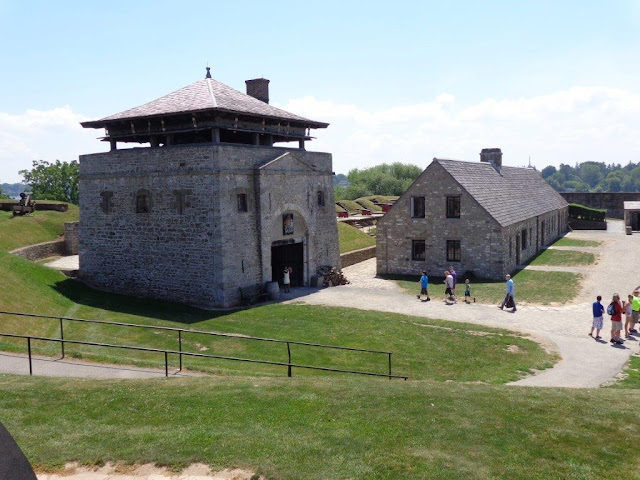 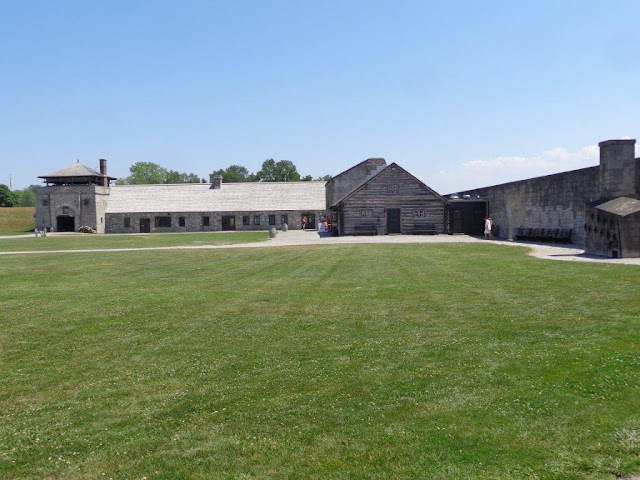 Here you could see how this "peace" house overlooked the river opening into Lake Ontario.  It's location was perfect not only for defense but as a fur-trading operation. 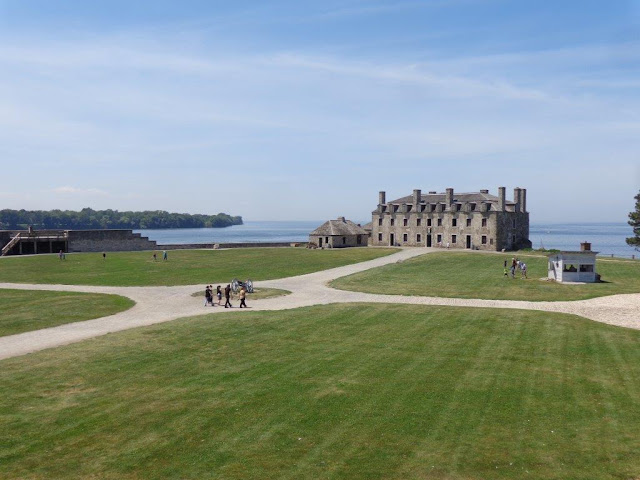 And some of the rooms inside the castle. 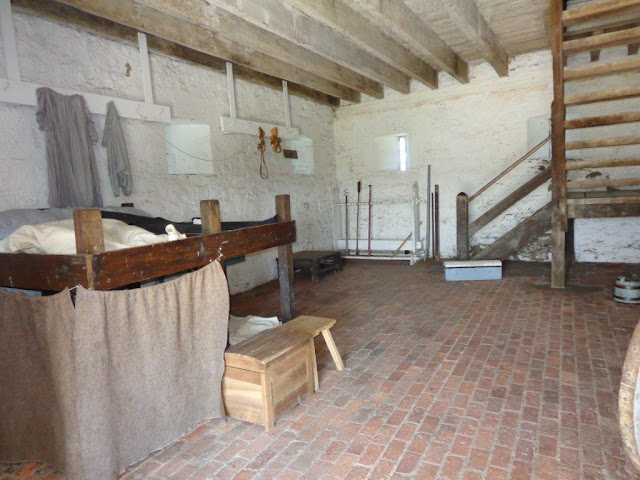 This was a store where they bought furs and sold trade goods. 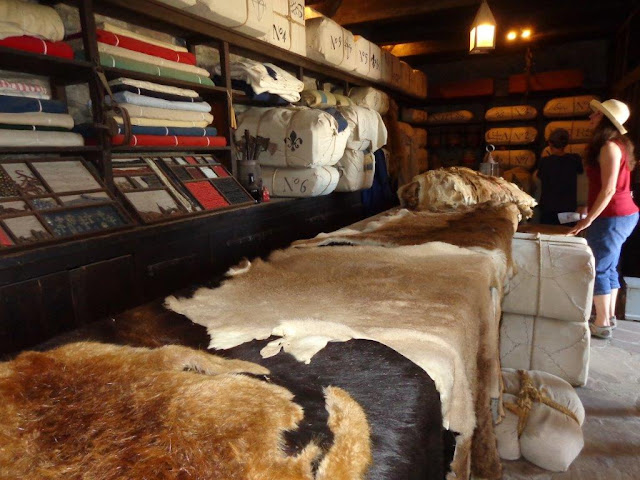 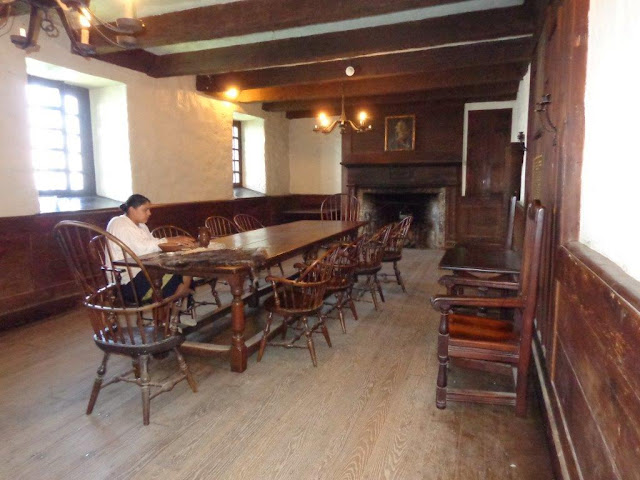 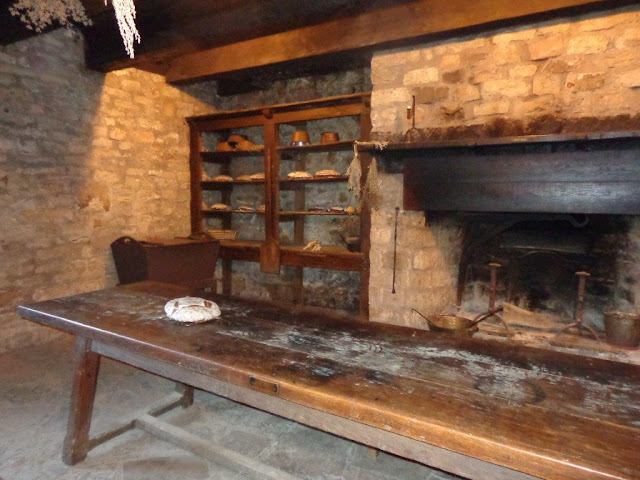 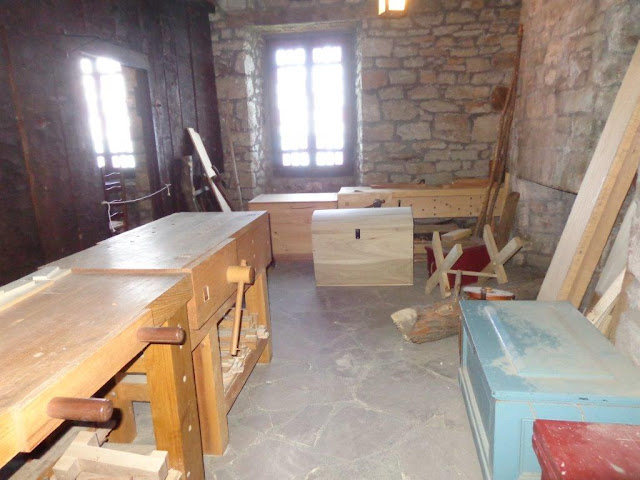 The third floor of the house was actually built to hold cannons.  When needed, the top windows could be opened and cannons rolled out and fired on the enemy. 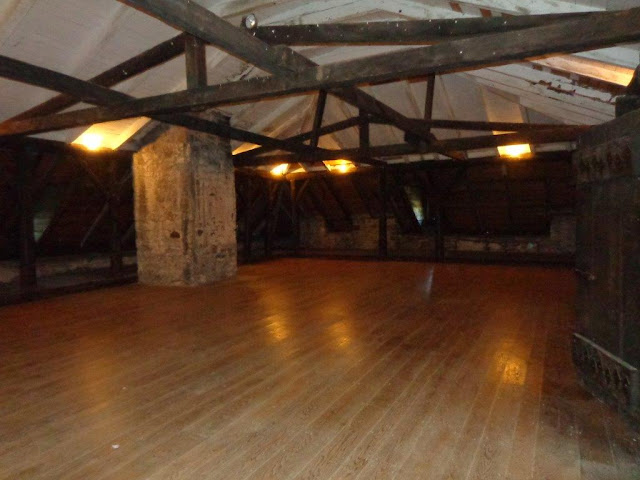 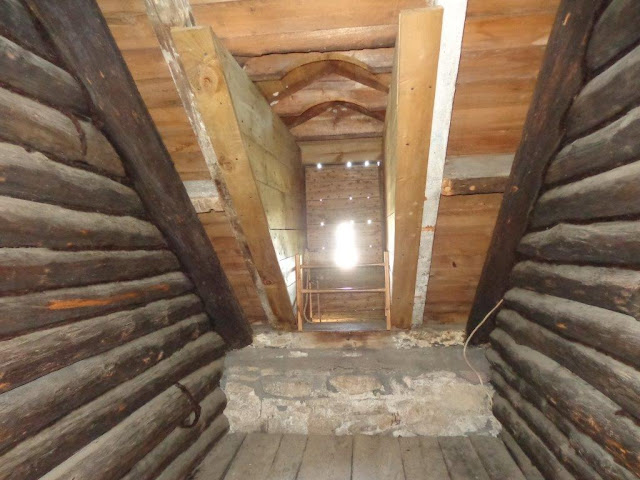 A peaceful view of the river and lake from the castle. 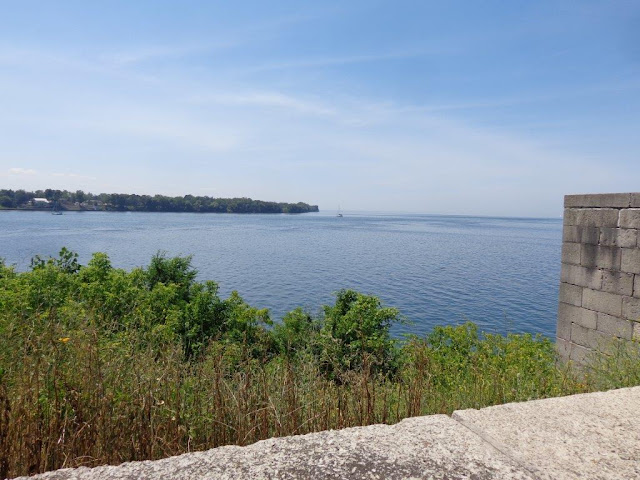 Posted by Grandma on the Road at 8:04 PM