Ridgway State Park is located between Montrose and Ouray, Colorado.  Montrose is a large town for this area in southern Colorado, which is nice because it allowed me to stock up on groceries and mousetraps.  (Just in case--no mice observed since I left Elk Creek Campground, but every noise or creak of this rig makes me wonder if there is one still hanging around.)

Montrose is about 6,000' in elevation, but Ridgway SP is about 7,200', which is a little less than Elk Creek way, but I still need to stop and rest if I walk around at this altitude.  Tomorrow, the 14th, I head further south and will encounter two small towns that are a lot higher!  Anyway, this is high desert with a lot of pinion pines and grasslands. 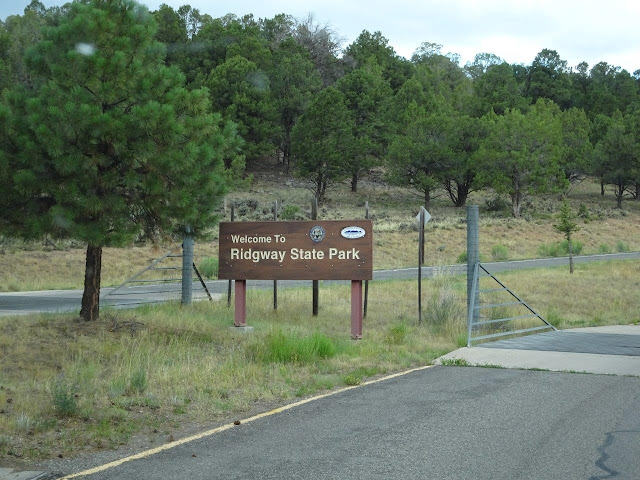 I have been here before, about 5-6 years ago and was able to choose an open spot for satellite TV.  The site also has good cell service and an electric hookup.  It is also close to the laundry facility and still has good privacy.  What more could I want? 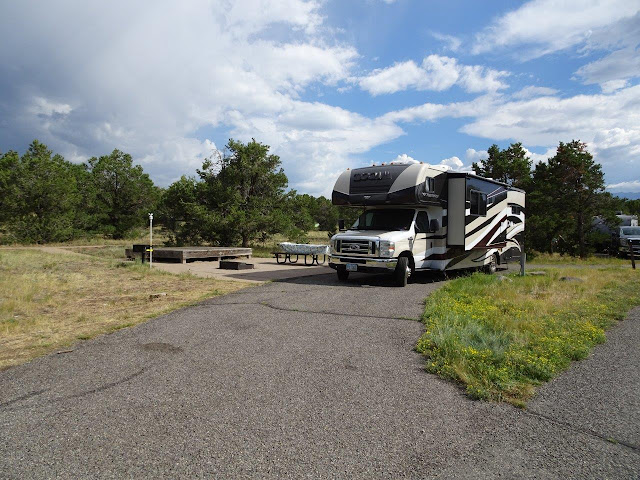 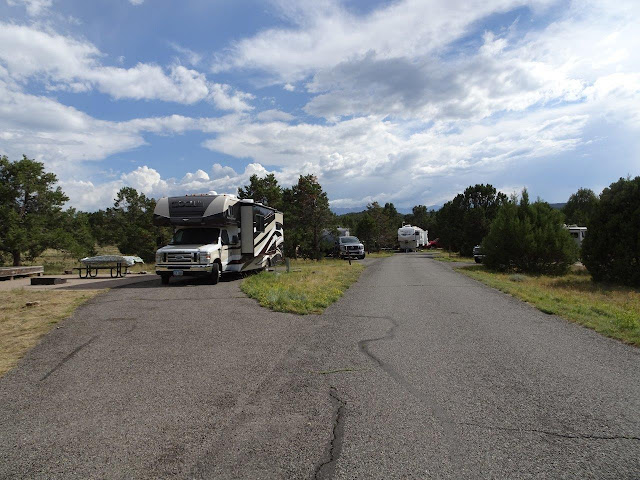 When I stopped for the mouse traps, I bought a hummingbird feeder that attached to my window.  If I am careful not to move, the little birds don't know I am watching them, and they love the sugar water I started feeding them. 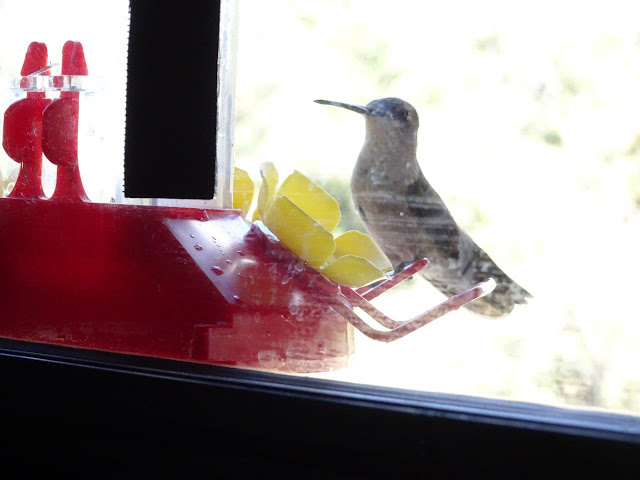 It took me a while to figure out what these were, but they seem to be black-chinned hummingbirds.  This one is apparently a female or immature bird, because the black chin was not visible, but all the other markings were there. 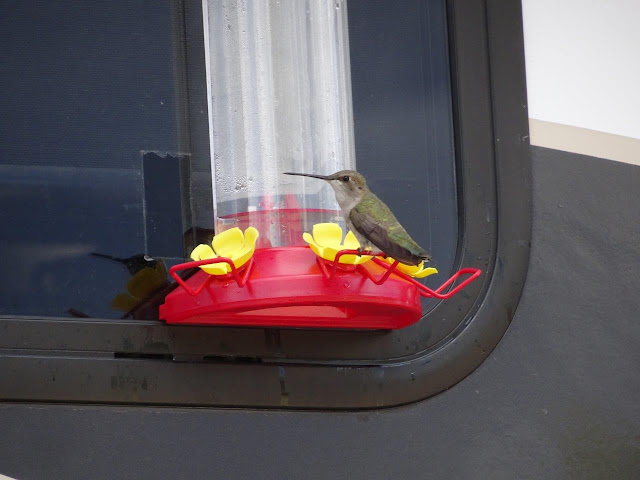 This is likely a desert cottontail. A mountain cottontail would have shorter ears. 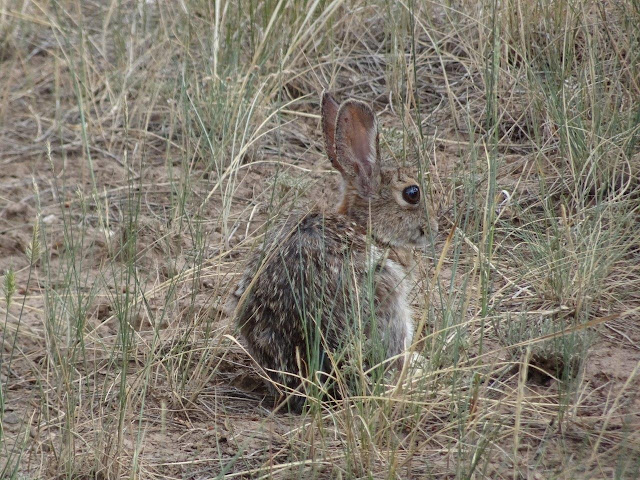 And some low cactus. 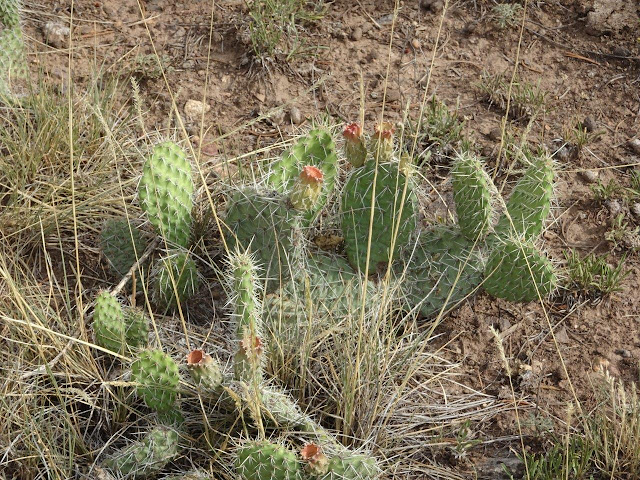 This is a spotted ground squirrel that I think lives under the raised tent pad on my site. 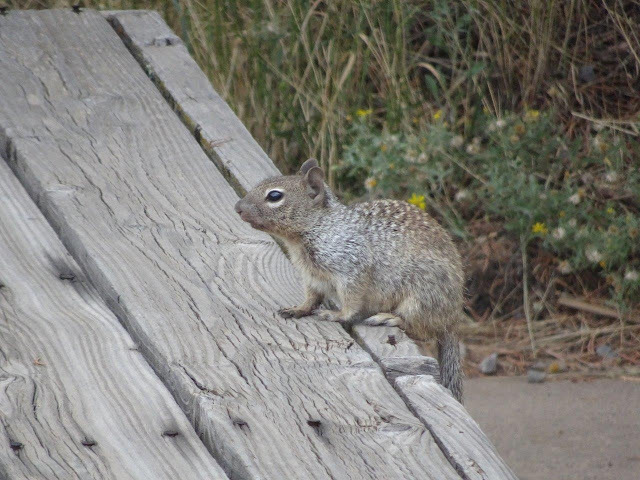 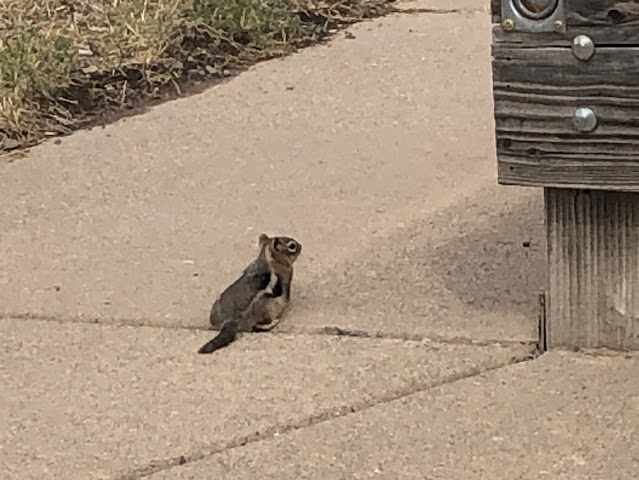 After a couple of really lazy days, I decided to make a trip into Montrose to visit the Ute Indian Museum below. 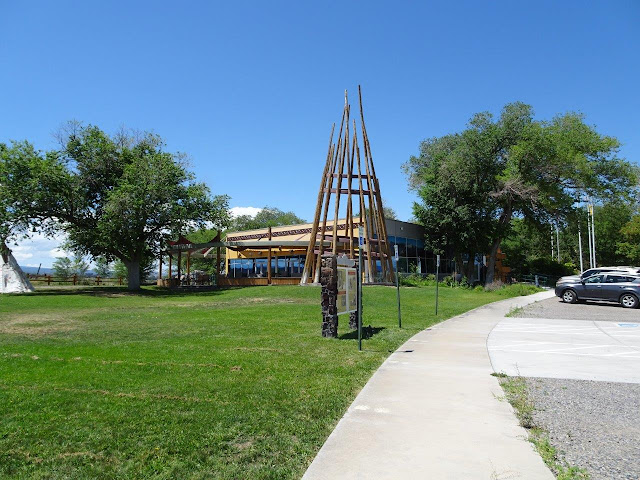 The town and county of Ouray were named after the chief of the Ute Indians.  Here is his photo and one of his wife, Chipeta.  The museum is located on the land they owned and farmed. 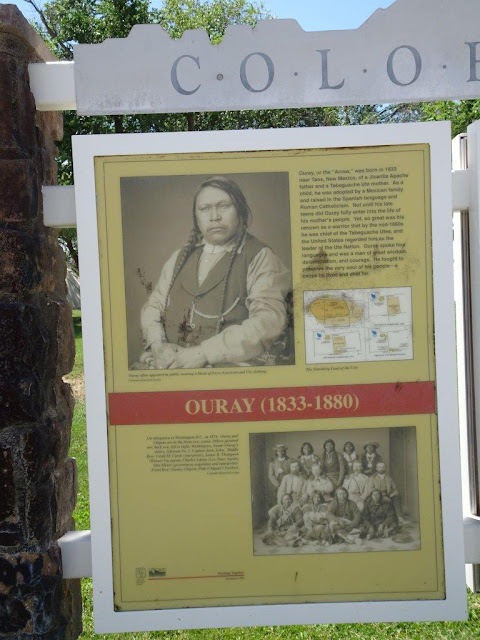 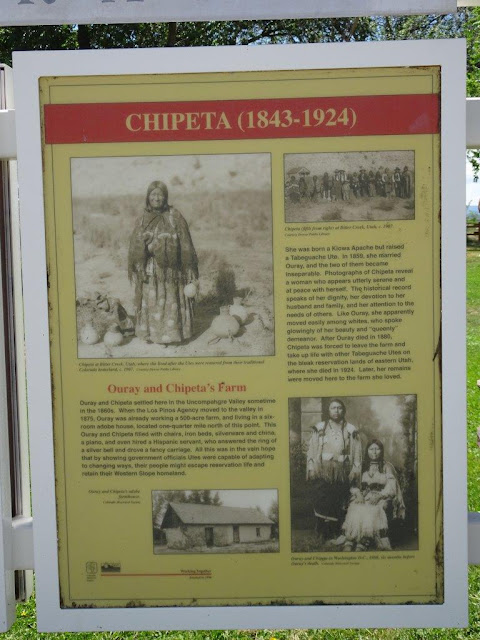 Some of the exhibits in the museum.  They also had a nice exhibit of original Frederick Remington sculptures and an extensive museum store. 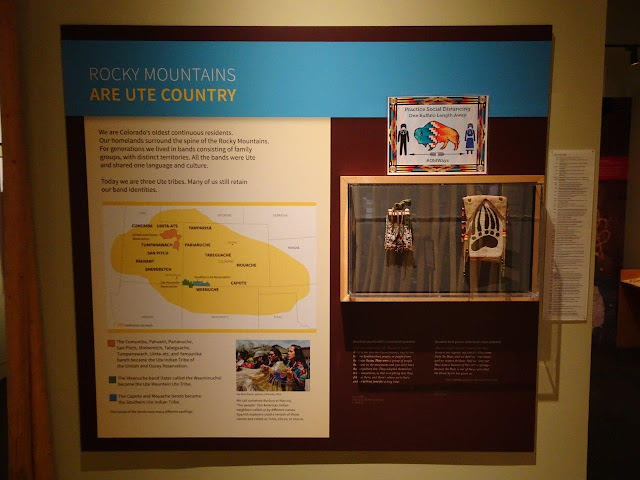 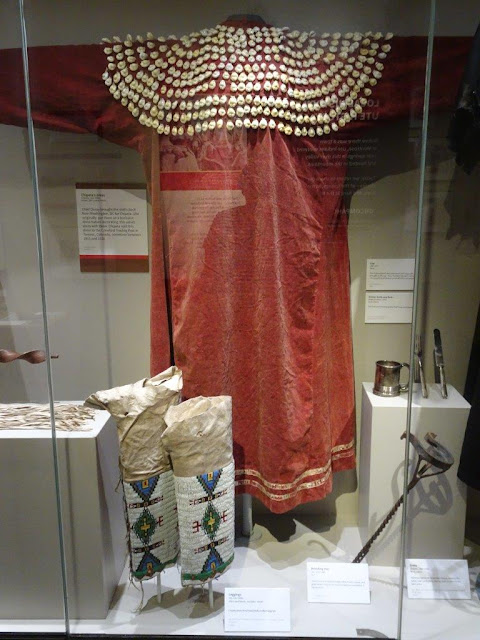 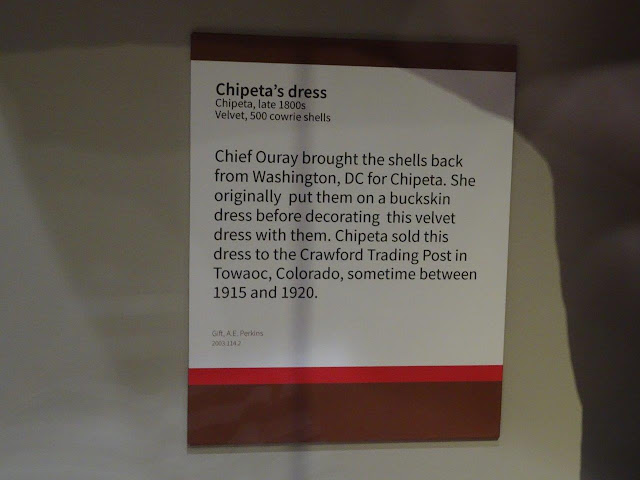 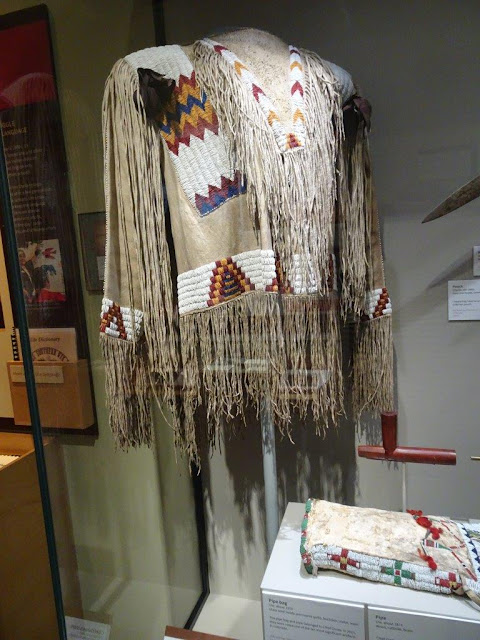 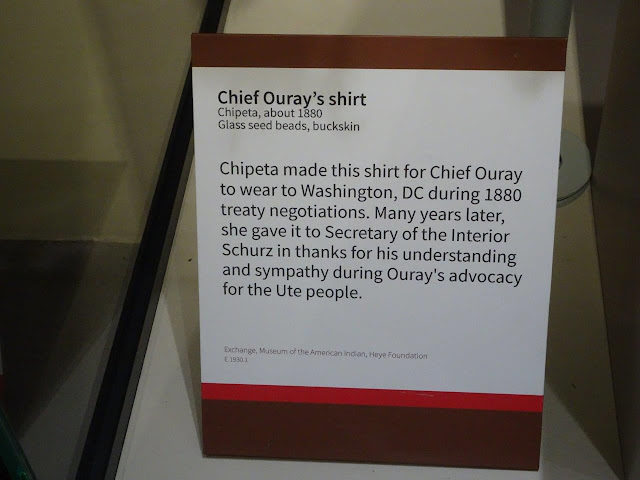 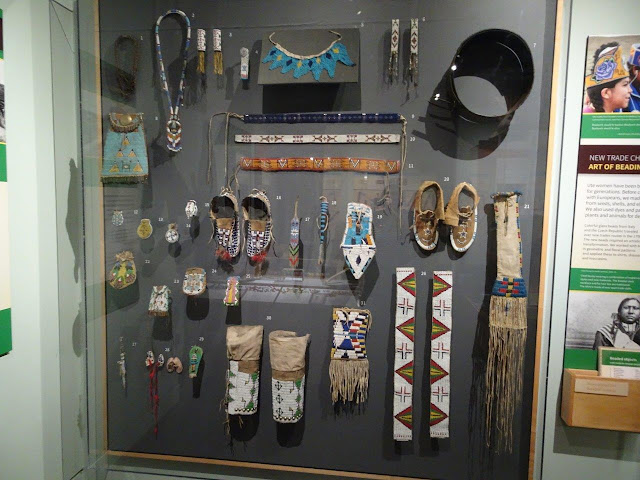 After a quick stop at McDonald's, I headed back to the state park.  Below are the Uncompahgre Mountains. 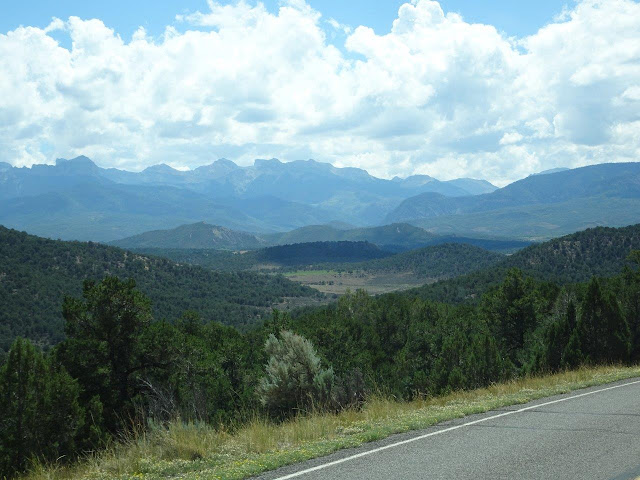 Believe it or not, the biggest peak in the middle is called Mt Sneffles.  I will be driving through those mountains tomorrow on the Million Dollar Highway on the way to Silverton and Durango. 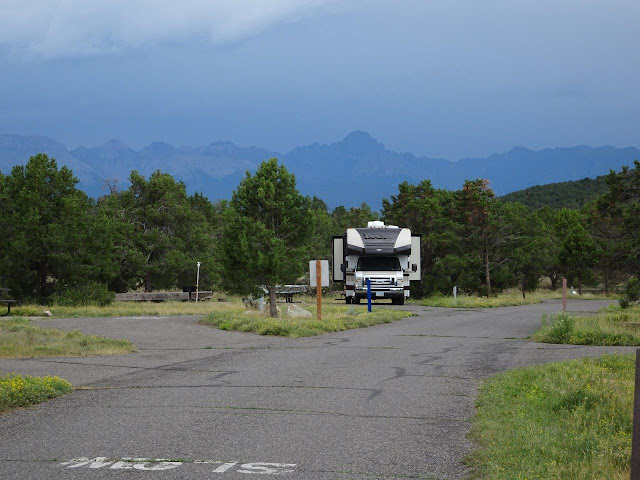 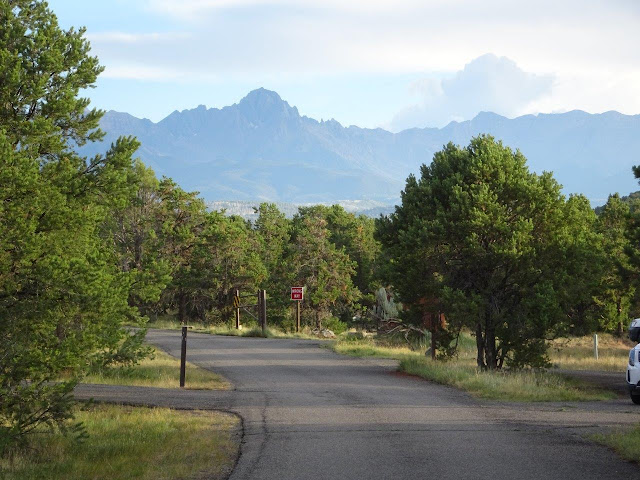 The next couple of photos are looking to the East. 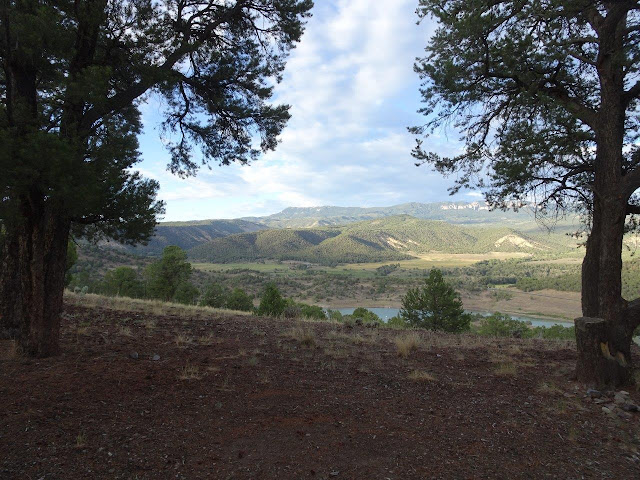 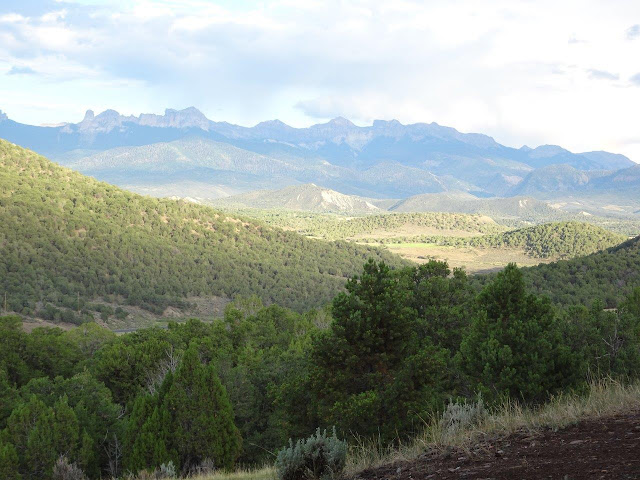 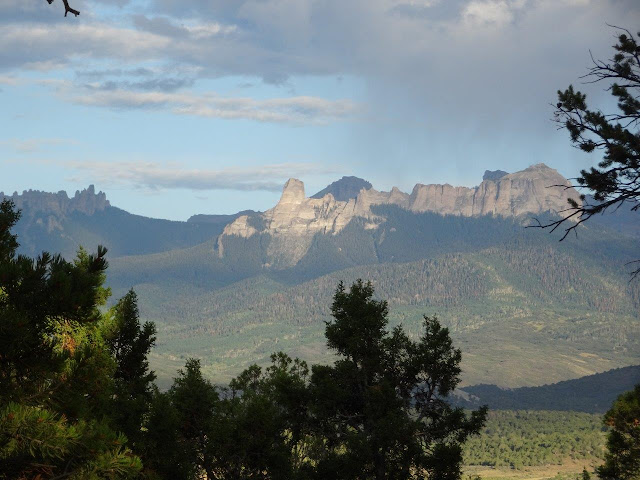 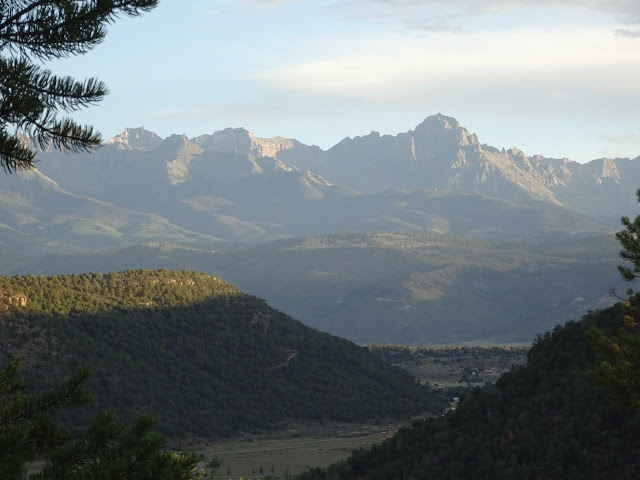