Maumee Bay State Park is a very large state park on the southwestern shore of Lake Erie, just a few miles east of Toledo.  It has a hotel, a restaurant, nature center, and a large campground.  Unfortunately, the campground is not directly on the lake, but there are a lot of hiking and bike trails that take you to the lake. 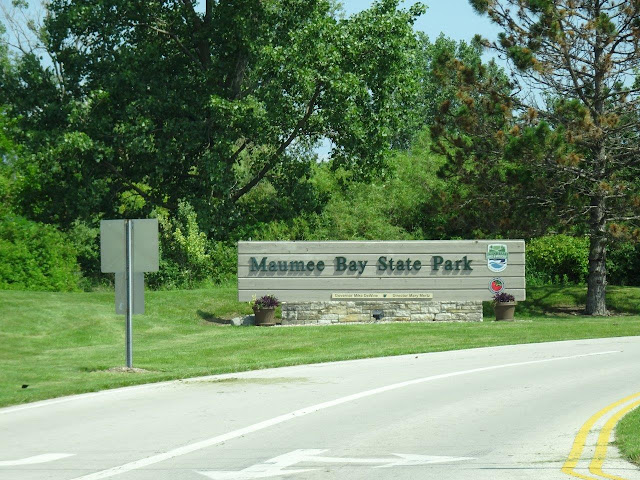 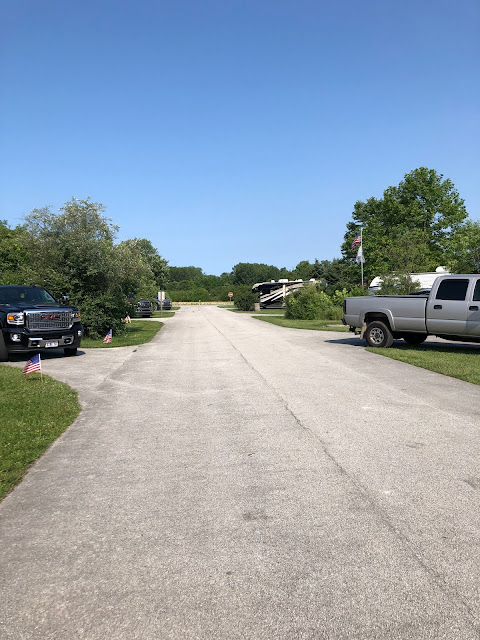 One thing I like about this campground is that the campsites are arranged along slightly curved roads.  There is also a lot of greenery between the spread-out sites.  This results in your only being able to see a few of the campsites on each "stem" road. 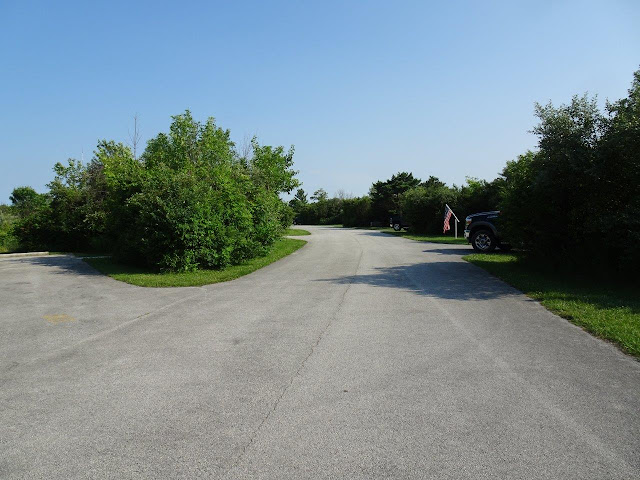 You can never tell when it is fish fly season around any of the Great Lakes.  They can be so thick on roads that cars ave trouble braking.  I saw a few on my windows and doors, but they did not get worse, which was good.   Here is an article from a couple of years ago showing how bad they can be.  https://www.cnn.com/2019/06/27/us/mayflies-swarm-ohio-trnd/index.html 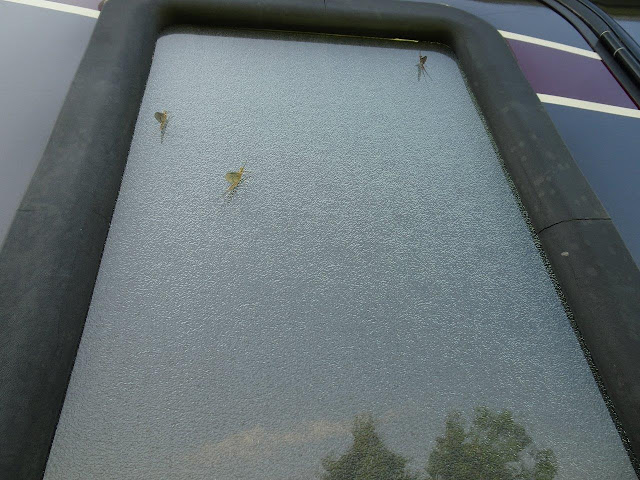 I went for a walk one afternoon and heard some birds making a lot of noise in a nearby bush.  I have learned to always take my camera.  Can you see the snake that was upsetting the birds?  There were about five or six of them that took turns pecking his tail. 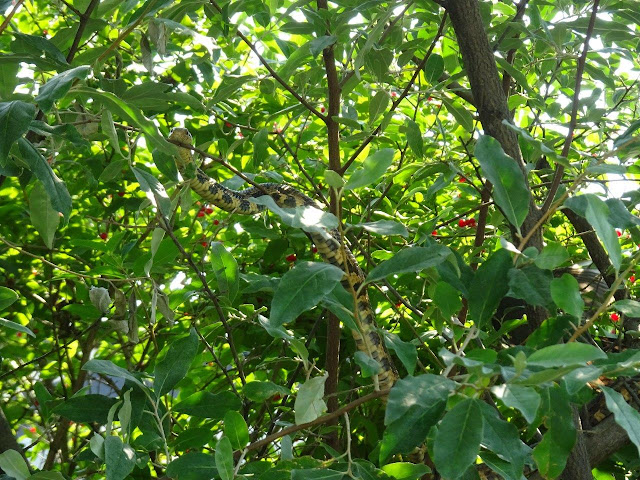 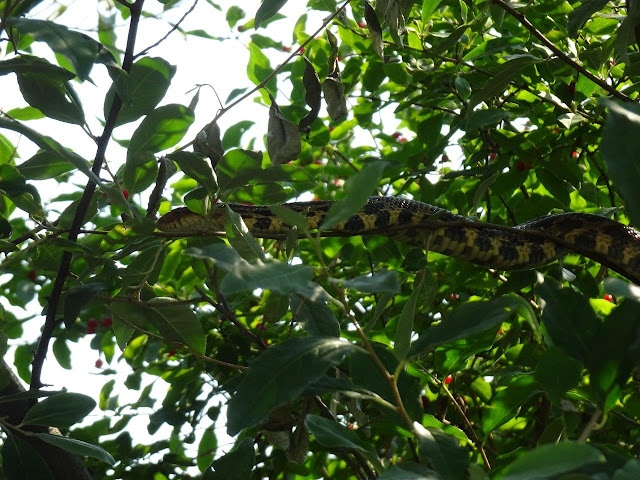 Eventually, the birds convinced this fox snake that it should go elsewhere, so he crossed the road. 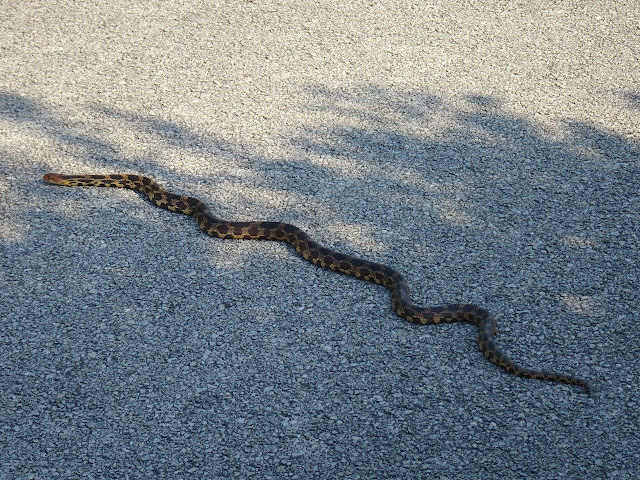 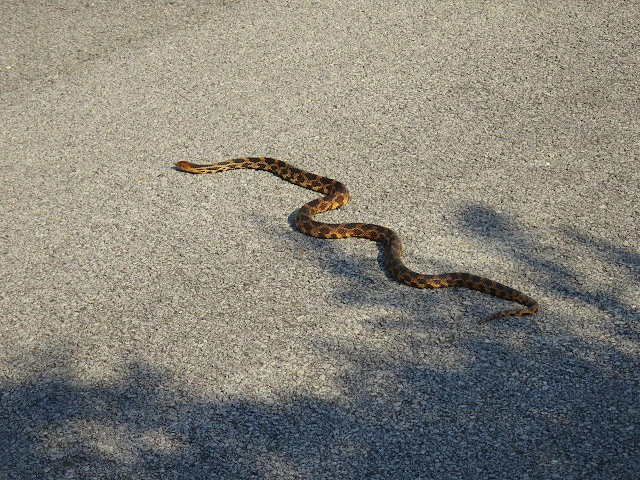 Normally, I would get my bike out and go for a ride in this large park, but I do not have any rear brakes, so am waiting until I can get them fixed in about three weeks.

Posted by Grandma on the Road at 6:53 PM