Johnson Island is a small island on the southern edge of Lake Erie.  Mostly, it is a very large gated homeowner's association, but outsiders are allowed to visit the portion of the island containing a Confederate cemetery and the lighthouse.

The island was chosen as a Civil War prisoner-of-war camp because it was an island and made escape a little more difficult.  Now, however, there is a causeway to make access to the island easier. 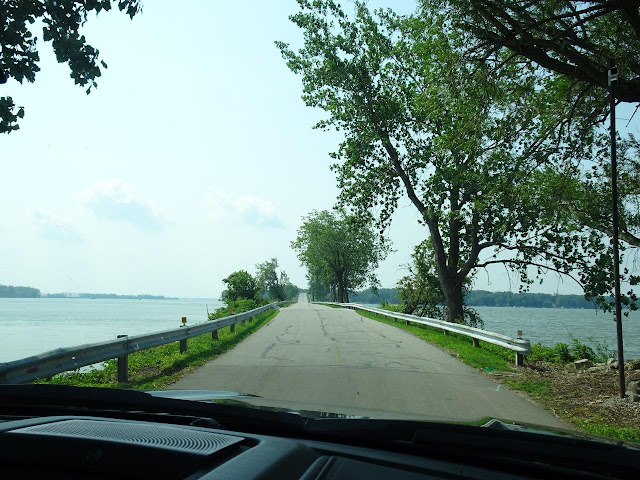 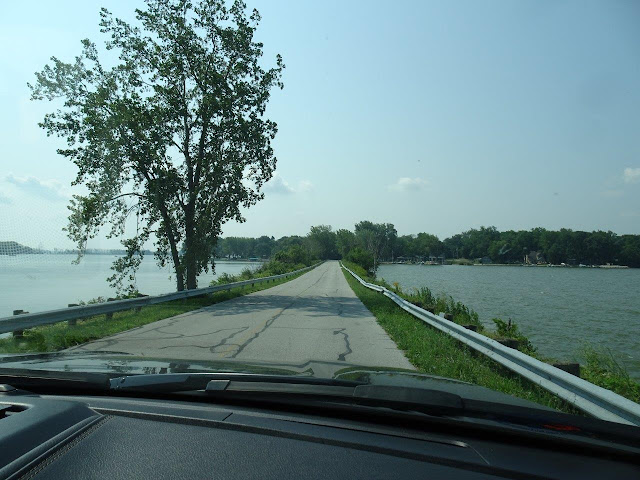 The prisoner-of-war camp had as many as 15,000 prisoners over a three-year period, but generally only about 3,000 at one time.  About 200 Confederate soldiers died and were interred in a cemetery on the other end of the island.  Bodies were moved to this newer cemetery in 1910. 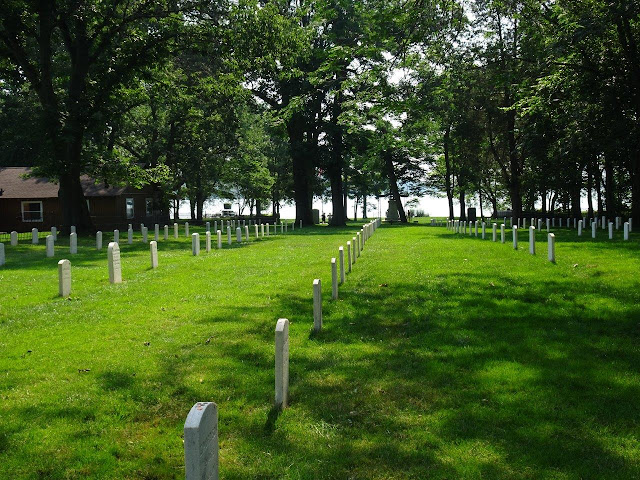 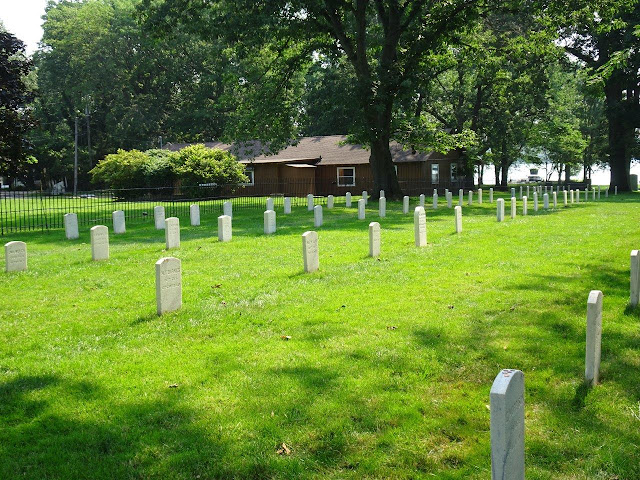 About half of the graves have "Unknown" listed as the name of the soldier.  This was probably due to the move taking place so many years after the original burial. 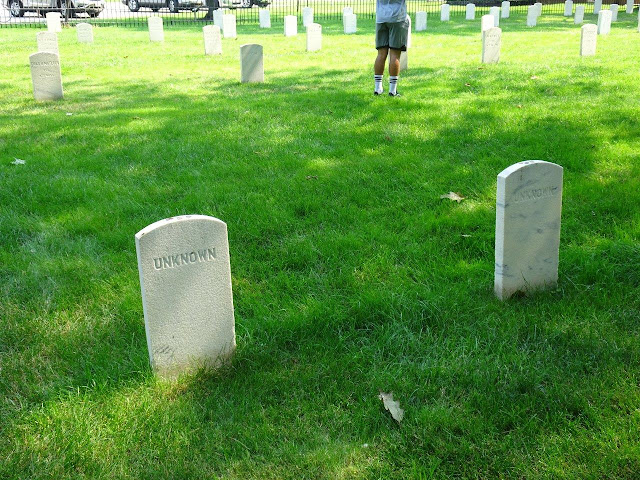 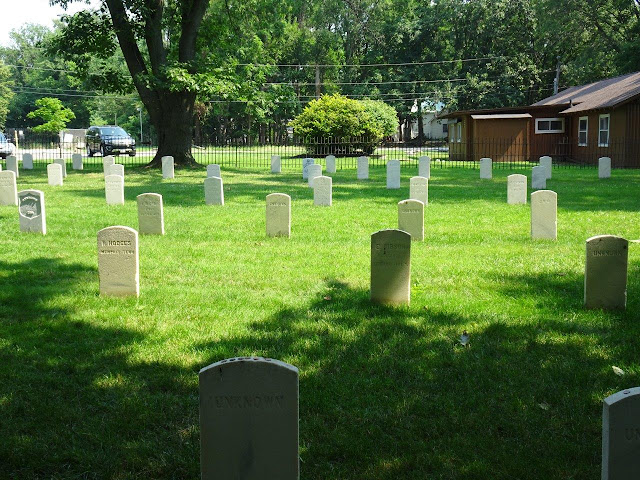 This memorial was added when the cemetery was dedicated in 1910. 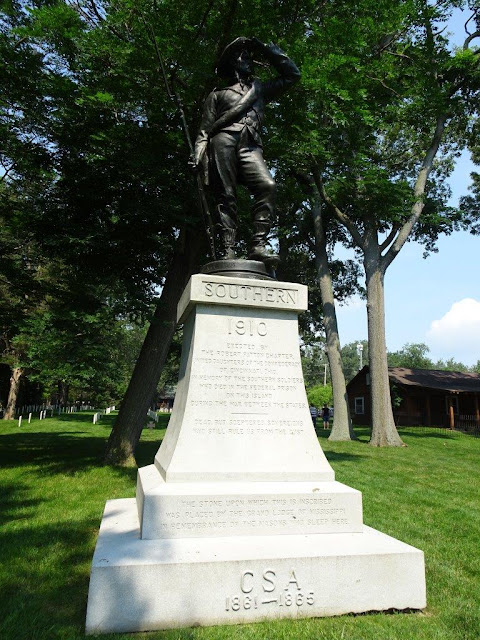 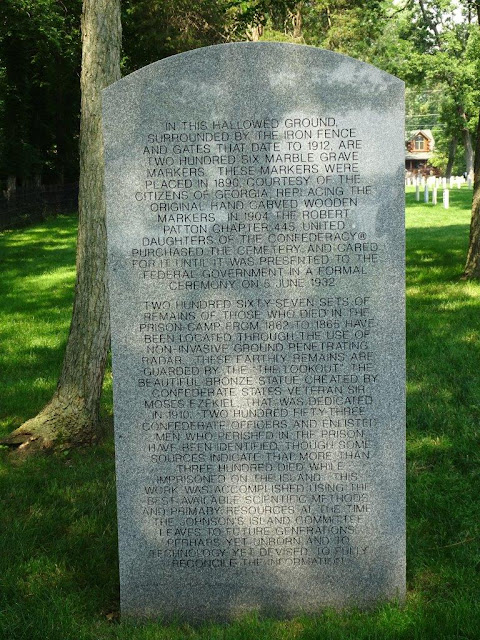 Our next stop was the lighthouse.  It is not a tall lighthouse, comparatively speaking, but it really did not need to be.  It is open for only limited days and hours, but you can climb up to the top, which we did. 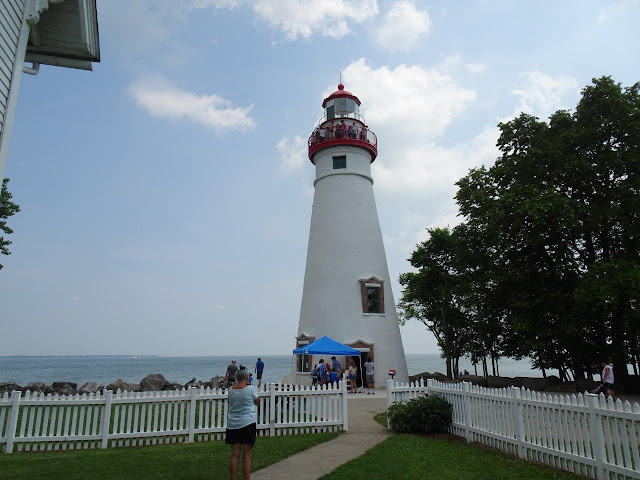 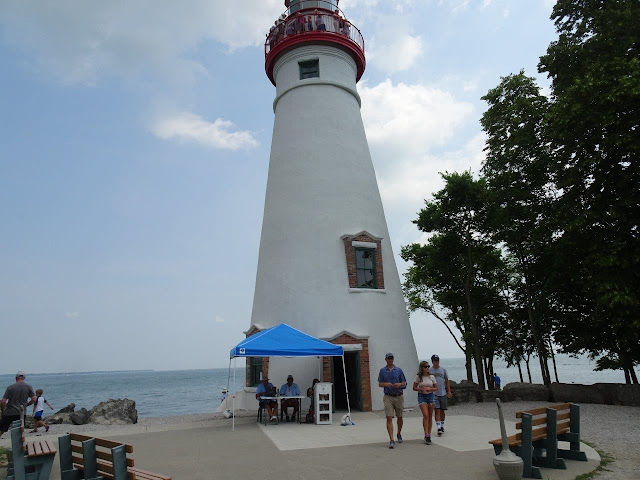 This is a reconstruction of the lifesaving station.  Volunteers would help rescue people during the huge storms that can occur on Lake Erie. 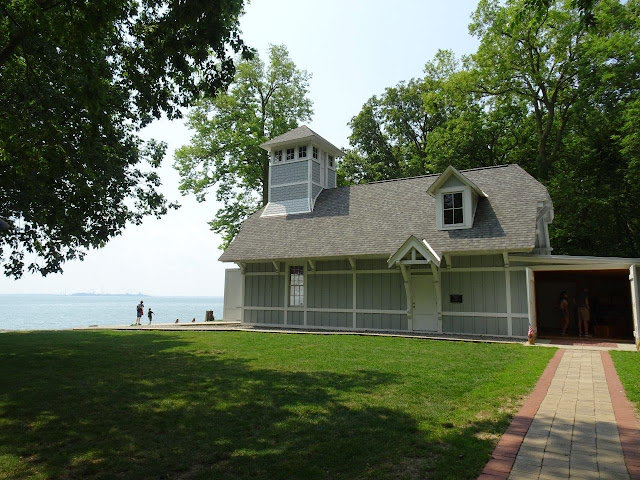 And this is the lighthouse keeper's house. 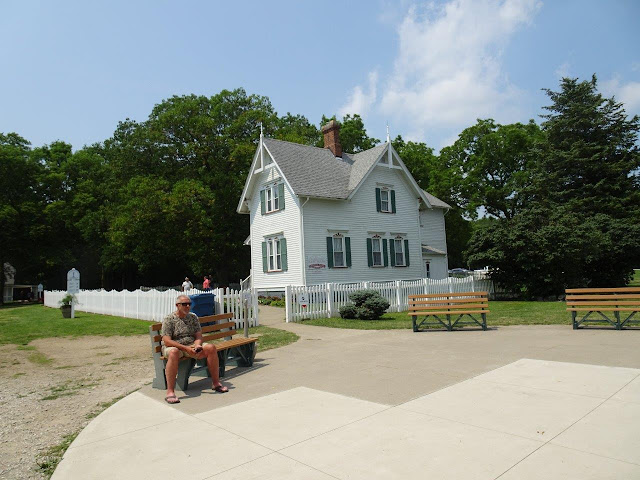 Looking down the stairway to the top of the lighthouse. 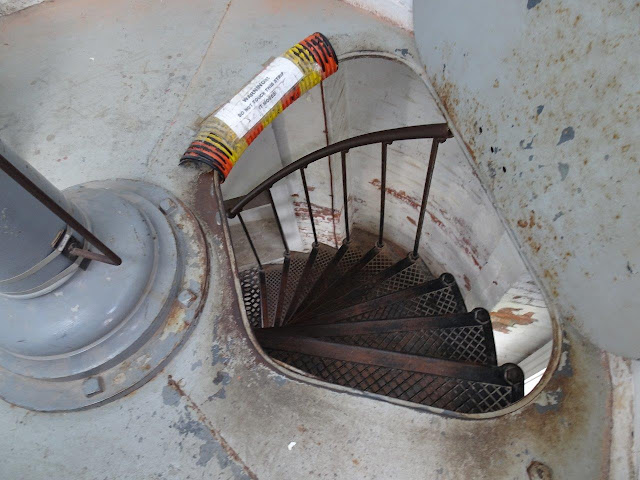 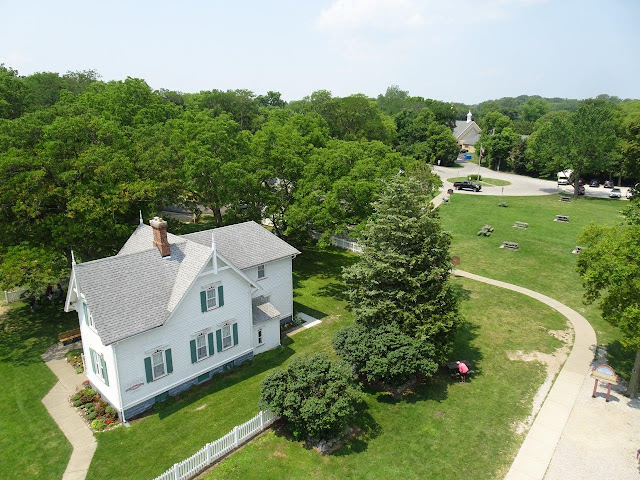 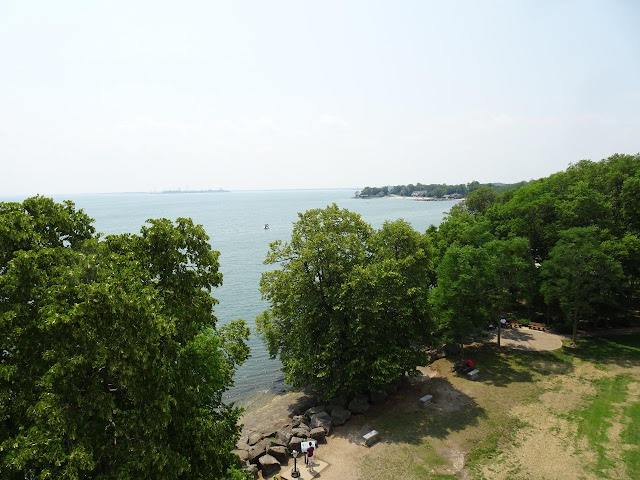 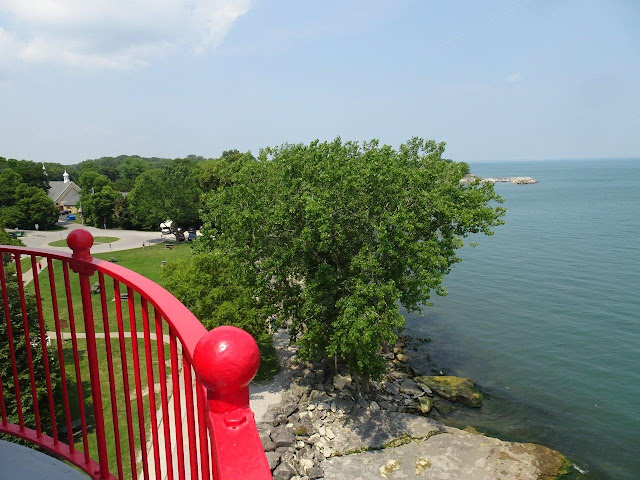 Posted by Grandma on the Road at 4:48 PM