I rented a car for two days, so took advantage of it to drive the 50 miles to Lassen Volcanic National Park.  In fact, you can see Mount Lassen from Red Bluff.  Like Mount Shasta, it is very impressive even from 50 miles away.

The scenery gets interesting even ten miles from Red Bluff.  This whole area of northern California is volcanic and has been for hundreds of thousands of years.  There have been many dozens on volcanos and cinder cones formed and worn down over time, so it is hard to tell exactly where all of this rock came from, but as I drove past I imagined what it must have been like to have such large boulders flying through the air during an eruption!  These boulder fields literally went on for 20+ miles.  Some boulders were small, but others were the size of small cars.  I did not see any cows grazing in these fields, but I would think they would have to watch their footing! 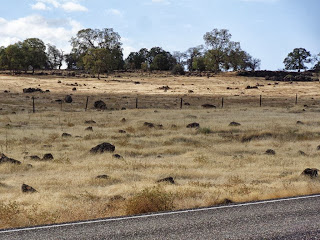 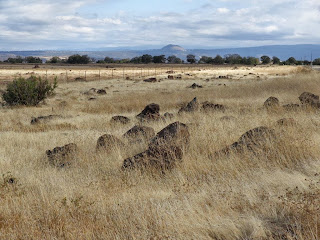 The entrance to the park is at about 4,000', but the road keeps climbing through the ponderosa pine forests. 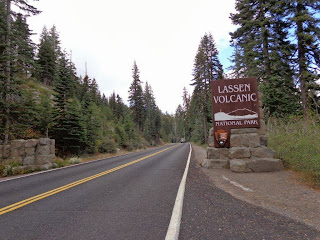 You can see some of the volcanic peaks in the distance. 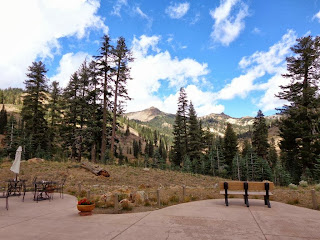 This is called sulfur works as it is still producing mudpots and sulfur flows. 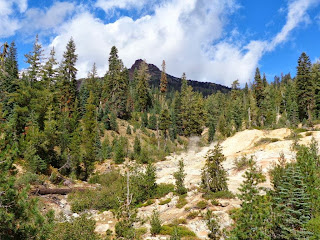 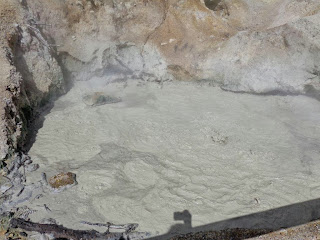 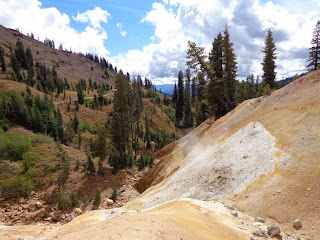 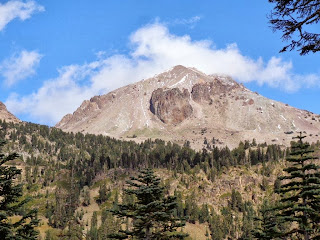 This is Emerald Lake, obviously named for its color. 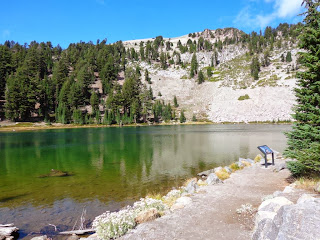 The peaks in the distance are part of a very old collapsed volcano that was 12 miles wide at its base.  It disappeared a hundred thousand or so years ago, way before the glaciers flowed over this area.  This rock, called a glacial anomaly, was brought here by the glacier and left perched in this strange place when it melted. 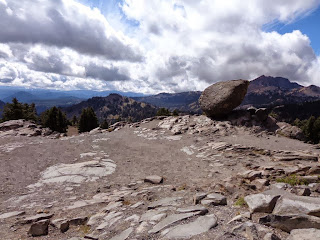 What other evidence is there that the glaciers were here?  I enlarged this to show you how the grain of the rock at the top of this hill goes vertically, but you can see the horizontal grooves made by a glacier. 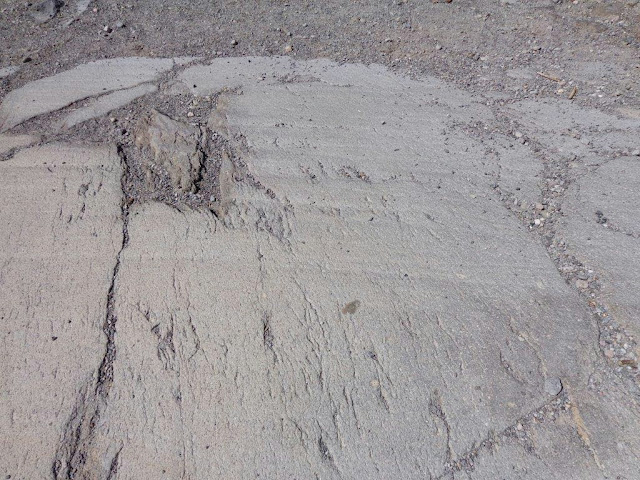 Another lake--Lake Helen, I think. 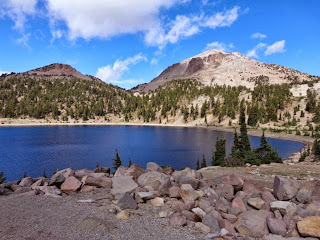 This is called Bumpass Hell.  It is a field of rocks that looks like it might have come from a collapsed cliff as a result of an earthquake or something.  There is a trail near here to some active vents, but it was too cold and too far for me to walk. 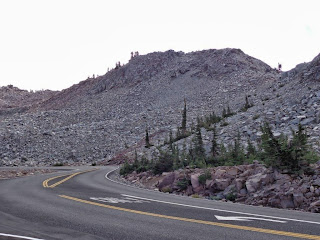 Here is the base of the trail that goes to the summit of Mount Lassen.  A little more than I can handle, especially since the summit is over 10,000'. 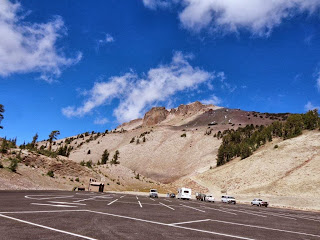 A view from the other side of Mount Lassen. 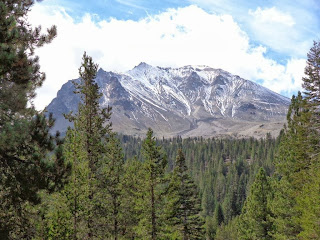 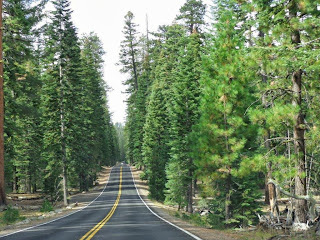 B.F. Loomis was a photographer who documented the 1915 eruption of Mount Lassen.  He and his wife owned property here and donated 40 acres to the National Park Service, but continued to live in the house they built until their deaths.  He had built this seismograph and the museum in the next picture, supporting themselves with the sales of post cards and photographs he had taken. 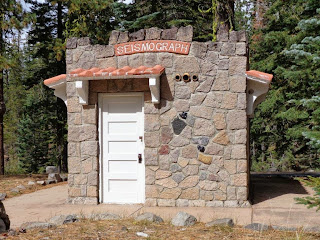 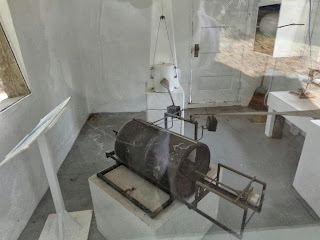 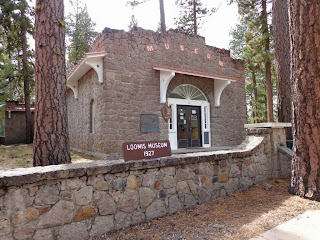 Overall, a very nice day, but a long drive to and through the park, and then back home.  Tomorrow I return the rental car and wash my motorhome!
Posted by Grandma on the Road at 9:10 PM