9/16 The Cove Palisades State Park, OR

I am slowly working my way south, so this was a logical stopping place for a couple of days.  The state park encompasses Lake Billy Chinook, which resulted from the damming of the Crooked River. The "cove" part of the name apparently came from a rock that is now covered by water.  However, the "palisades" part of the name comes from the volcanic rock formations that look like a curtain.  They resulted from molten rock forming columns as it cooled.

Here is a cliff showing these on the main highway. 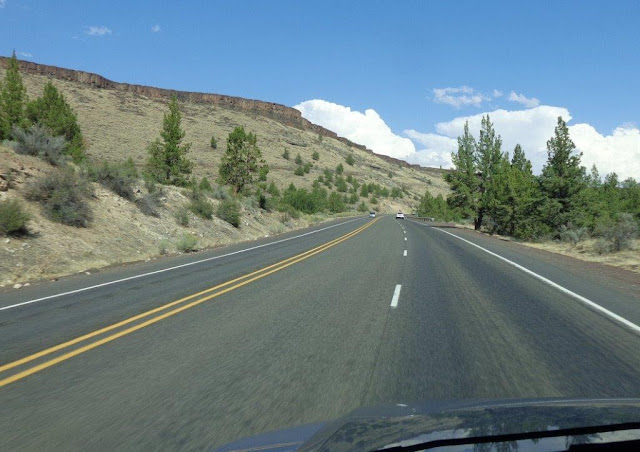 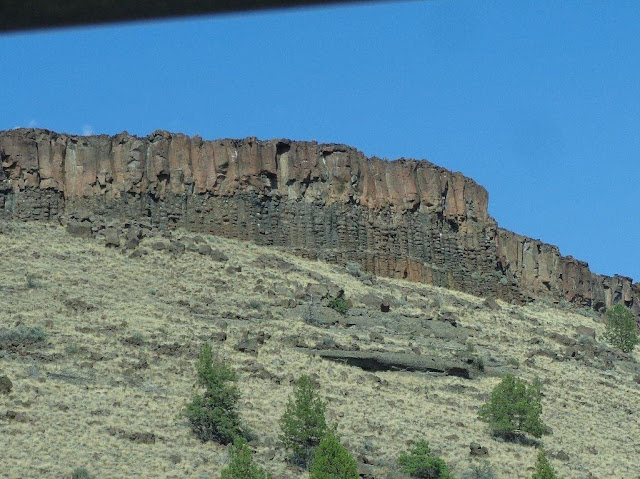 You'd have to see this from an airplane, but the lake is in the shape of a sort of very fat Y.  The road down from my campground was very steep, but there was almost no traffic. 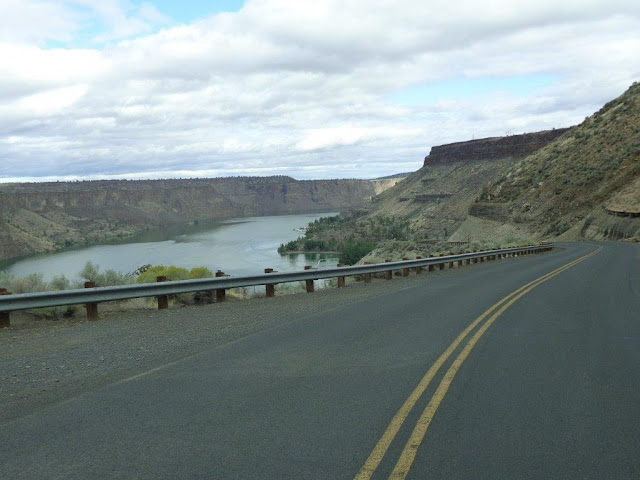 You can see the many layers of lava that flowed and how it bent and was folded over the eons.  I've enlarged these photos so you can see the patterns better. 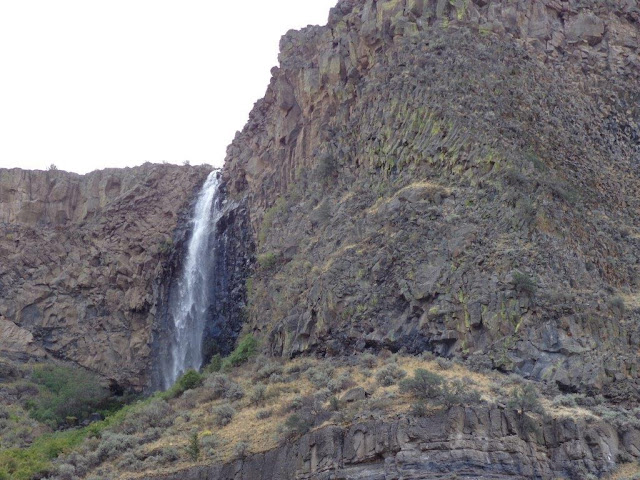 Notice how in this one, the lava flowed over a sandstone hill on the left. 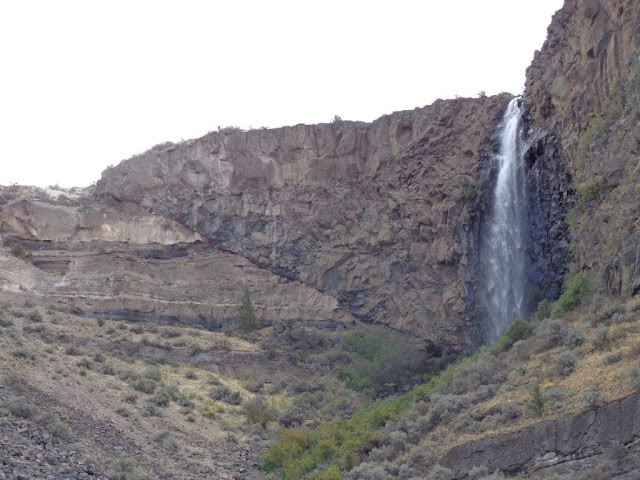 I decided that since I had nothing better to do, I would explore the park.  So down the hill.  Can I make this bridge? 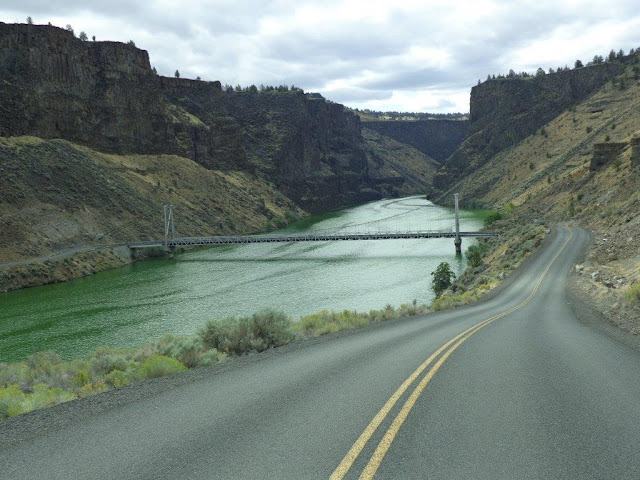 No weight or size restrictions, so I gave it a try. 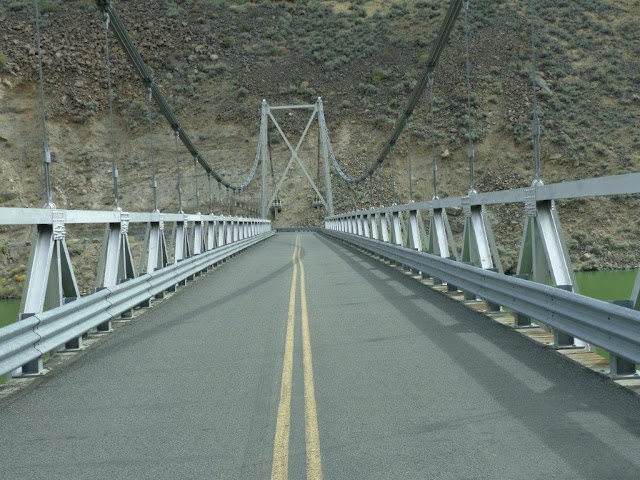 The only really tricky part was the sharp curves at the ends. 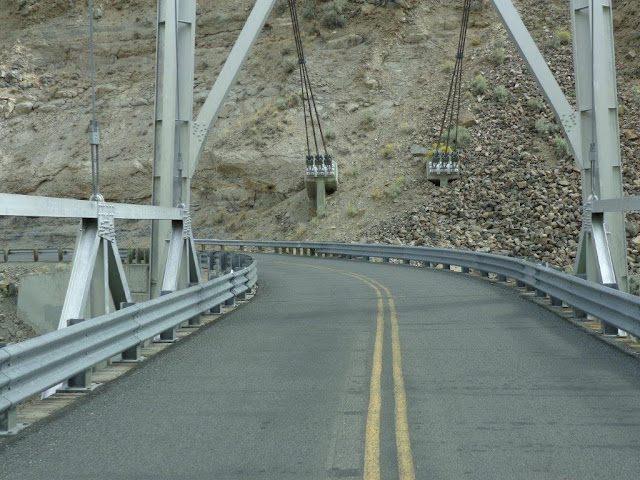 After checking out the second campground and a day-use area, I did a double take.  Didn't I just drive over that bridge?  I thought for a minute I had driven in a circle. 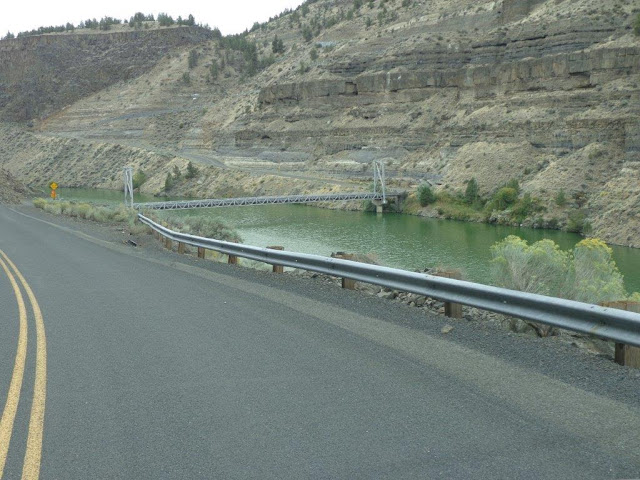 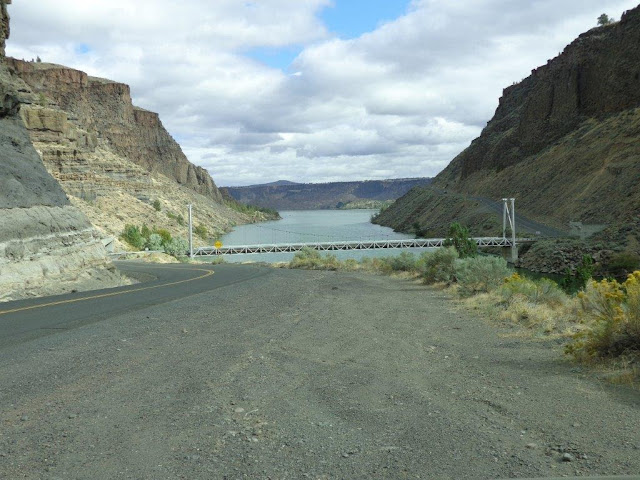 Nope.  This was a one-lane bridge, but with the same sharp turns at the beginning and end. 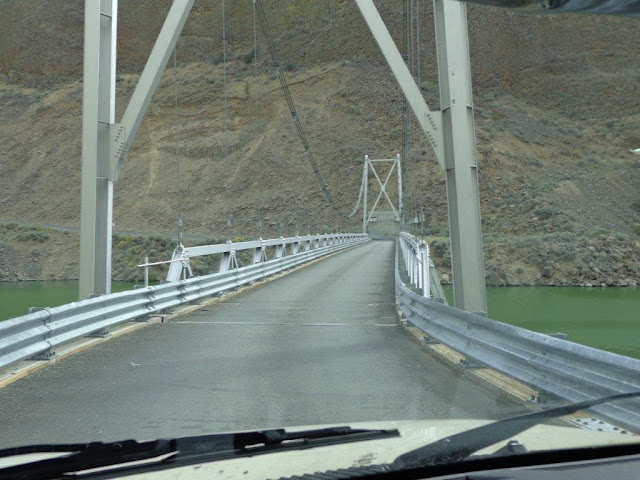 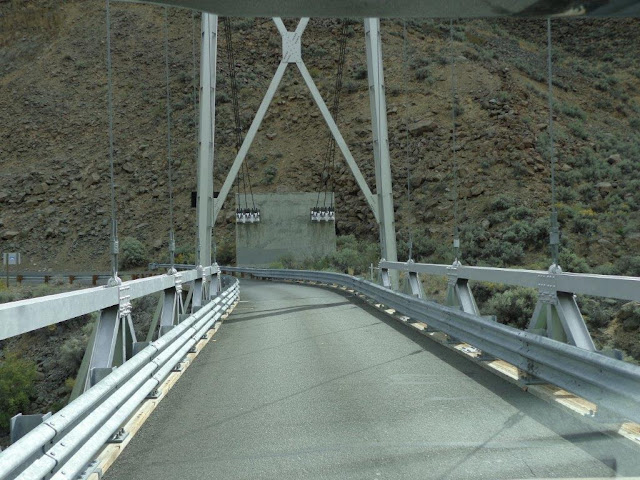 Piece of cake!  I drove out of the park, turned around and did it all over again!  Passed the Fed-Ex truck twice, so obviously these two bridges are on his delivery route!

I drove up to the top of the canyon and found a very nice place to sit and get some good cell service for a few hours so I could get some work done.  Nice views! 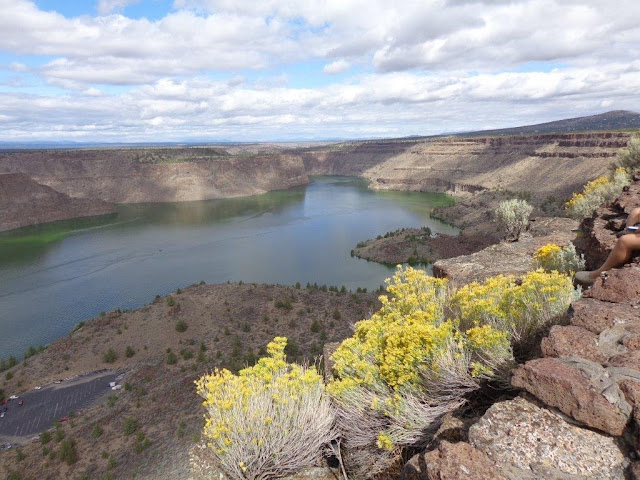 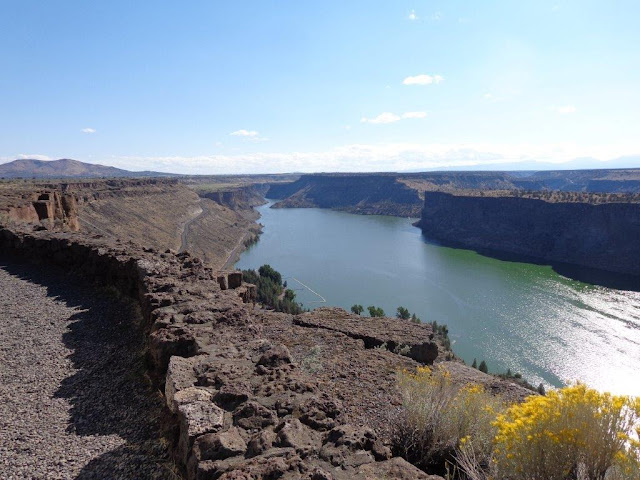 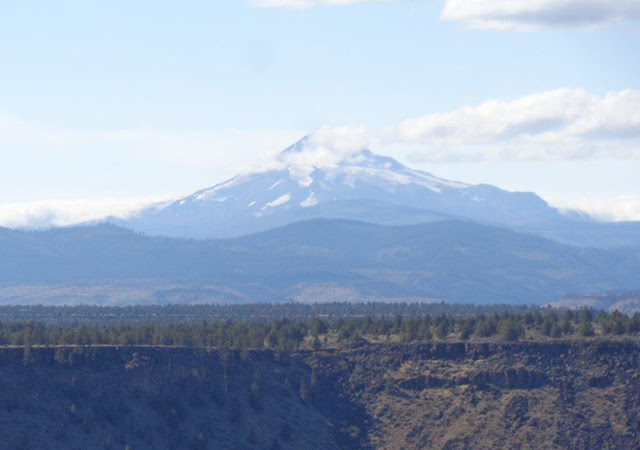 This last photos shows the volcanic Mount Jefferson in the distance.  It was very pleasant and cool outside so I was able to sit with my windows open in comfort.

Posted by Grandma on the Road at 6:34 PM