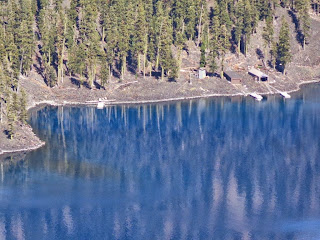 No photos, but I spent two nights at a nice wooded campground at Diamond Lake, about 15 miles north of Crater Lake.  The campground at Crater Lake does not have electric, and I am getting fussier about where I stay so I can have satellite TV.  It was a good thing, anyway, because I really needed to keep both my front furnace going and my electric heater facing the bedroom because it got down to almost freezing at 6,500 feet.  Brrrr.  In fact, it was pouring rain when I drove in and set up camp.  I even saw snow for a couple of minutes.  My furnaces will run on my house batteries, but the rear one is not igniting, meaning it gets pretty cold without the help of the electric heater!

The drive in had these big treeless areas that looked like meadows, but without grass.  They were actually areas of cinders where there was not enough soil to grow trees.  They remind me a lot of the Forest Service campground I stayed at north of Flagstaff, except the cinders there were black. 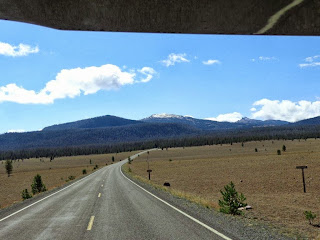 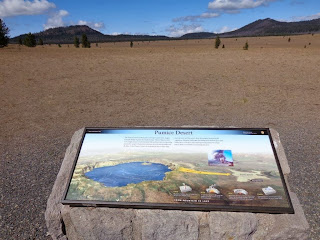 The crater rim is even higher, up to 8,400 feet.  This is a patch of frost or snow near a parking area on the rim of the crater. 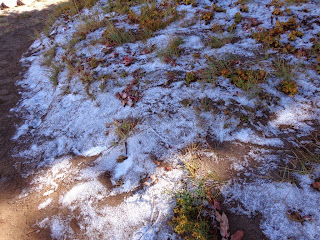 This first photo shows a windswept tree on the edge of the crater rim. 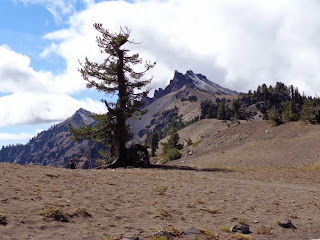 The water in the crater is amazingly blue, much like it was at Santorini in the Mediterranean, which is also a collapsed volcano.  Beautiful! 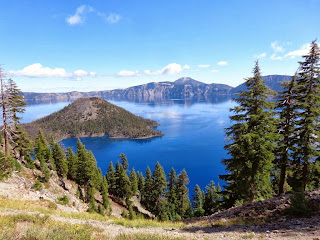 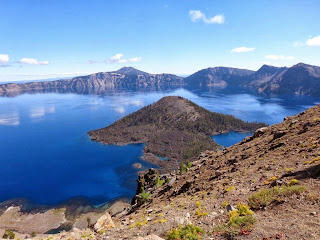 And another section of the crater rim. This one looks like it might also have been a side vent or slightly later volcano. 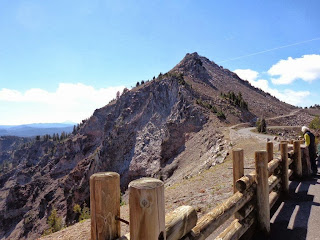 The road going around the crater was narrow and scary because of the drop offs on the outside.  Lesson learned is to drive around it clockwise, not counter-clockwise as I did, so that you are driving on the inside.  I was running out of gas, so took the shortest road to the Crater Lake Village where I knew they had gas.  Price was not unreasonable, also.   This section of the road had a small stone edge, but most places did not have even that bit of protection, not that it would stop by big vehicle. The road over Rocky Mountain National Park will be a piece of cake from now on! 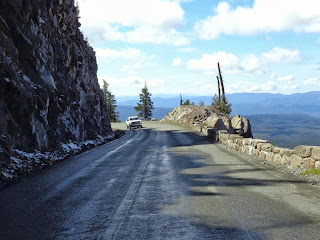 This photo shows how the volcano must have looked before it collapsed.  Very big, although not as big as Santorini or Yellowstone. 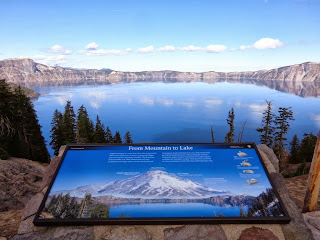 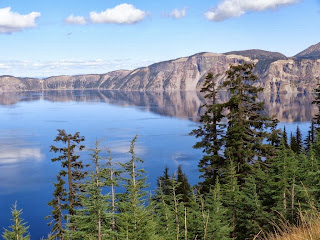 This is a peak in the distance that looks volcanic.  Actually, all of the mountains in this region were originally volcanos. 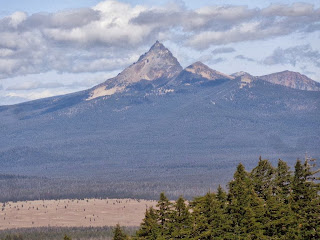 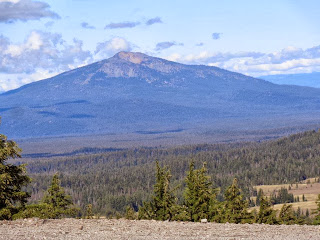 Here's a cute guy who was begging for food. 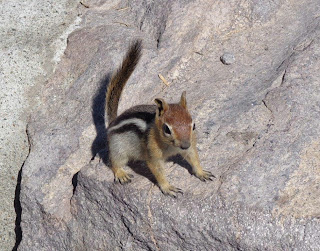 When I saw these white things along the shore of the cinder cone in Crater Lake, I thought they were boats, but I could not see well. Obviously, these are docks and there are also boathouses.  There are tour boats during the summer, but I do not know where they go in the lake. You can also take your canoe or kayak.  No powerboats.

I stopped at the historic Crater Lake Lodge for some photos.  Notice that the walls in the distance are covered by half logs with the bark still on.  I was told these were Ponderosa pine. 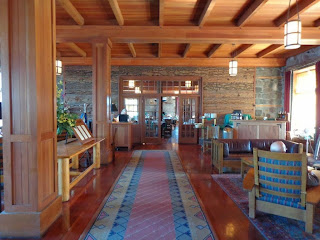 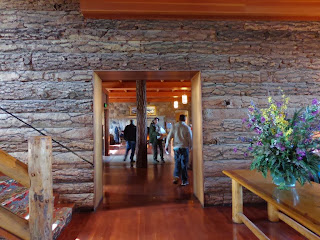 And some of the supports holding up the ceiling also still have the bark on them.  I have not seen that in any other national park lodges. 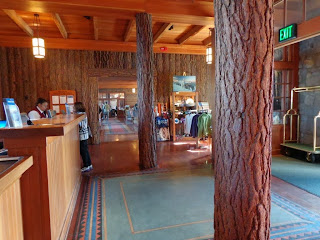 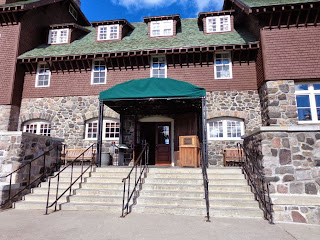 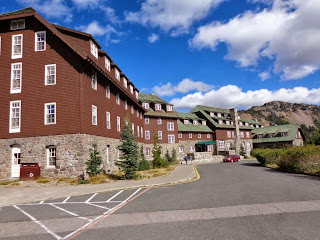 Last two photos:  an interesting tree and a funny sign. 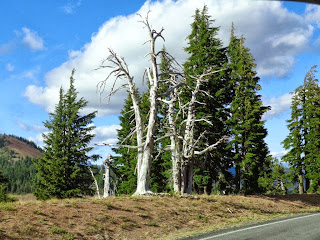 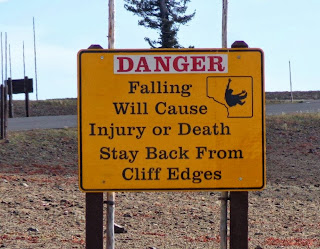 Posted by Grandma on the Road at 9:30 PM