This was a 266 miles drive today, from Crater Lake, Oregon, to Red Bluff, California.  This may not sound like a long drive, but it is in a motorhome where you have to manhandle it wherever you go.  The route was mostly two-lane, and it takes a lot of concentration to stay in your lane and let people pass when possible.  At least the weather was much better than it had been in Oregon, mostly because I was driving downhill into lower elevations, and thus warmer temps.

I was VERY disappointed that there were not falls in Klamath Falls.  Apparently, there used to be falls but they were buried under Klamath Lake when it was dammed up.

So, not much to see on the way, except one very big mountain--Mount Shasta--when I got into California.  It certainly makes an impression from a very long way away. 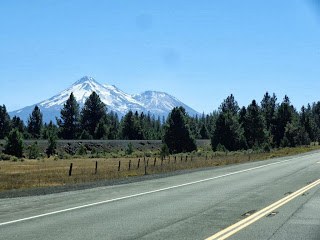 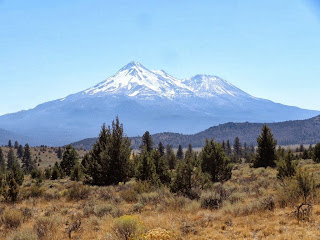 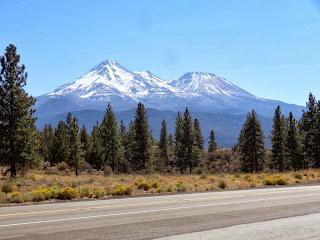 It just keeps getting bigger and bigger. 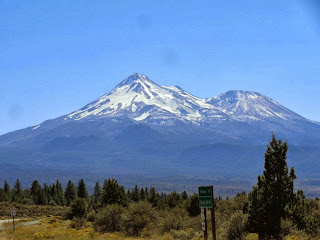 One thing I do appreciate on Oregon and California roads through mountains is the number of pullovers to let faster traffic pass and places to park and enjoy the scenery.
Posted by Grandma on the Road at 8:55 PM