I have been working hard to identify some of the wildflowers I saw around Sunset Crater.  Here is what I found, after using two books I bought and the internet.  First, here is the Long-Leafed Phlox I posted a couple of days ago.  It is amazingly pink against the cinder ground: 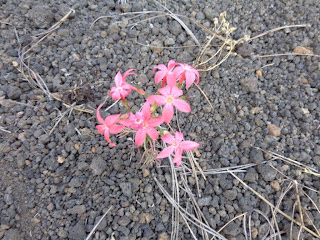 This one has the very strange name of Fetid Goosefoot and is really a fern-like plant that turns red in the fall, but is very striking: 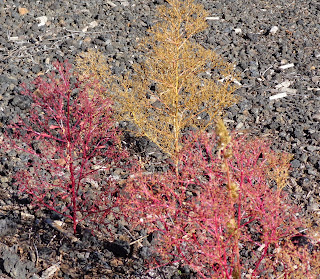 This one is some sort of an Aster, as best as I can tell: 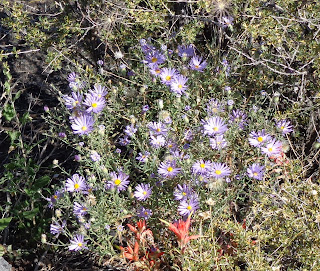 And this feathery "flower" is actually the seed pods of the Apache Plume. The flowers are white, but gone this late in the season: 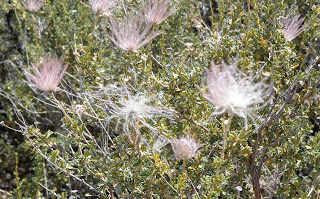 This one is called Desert Paintbrush: 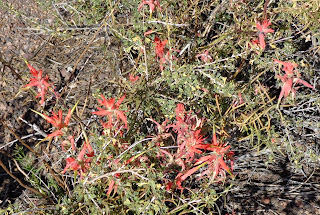 And this, I think, is called Sulphur Buckthorn: 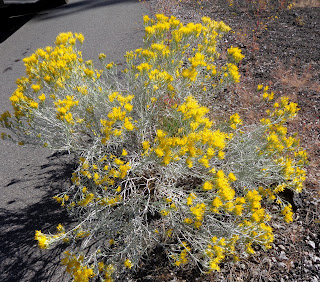 And I give up on this one! The leaves look a bit like a geranium, but it looks a lot like a poppy of some sort.  Anyone know what it is? 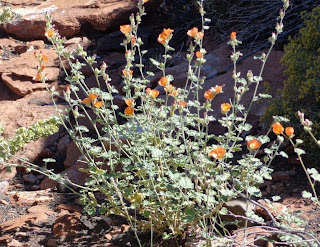 Posted by Grandma on the Road at 8:51 PM