Montezuma never stayed here and it is obviously not a castle, but ancient Native American's, the Sinagua people, lived in this valley for hundreds of years.  They had a river that flowed all year, Beaver Creek, and were near the Verde river, so there was water even in this desert.  They could also travel to the Flagstaff area when the game moved north for the summer, and could harvest desert plants to the south.

Now it is a national monument.  I tried to visit here in November 2012, but there were so many cars in the parking lot, I could not park, so I had to drive on.  Glad it was not quite so busy this day!

The weather, by the way, has been perfect--sunny and temps in the mid-70s.  It just feels so nice to be out and about on such a nice day. 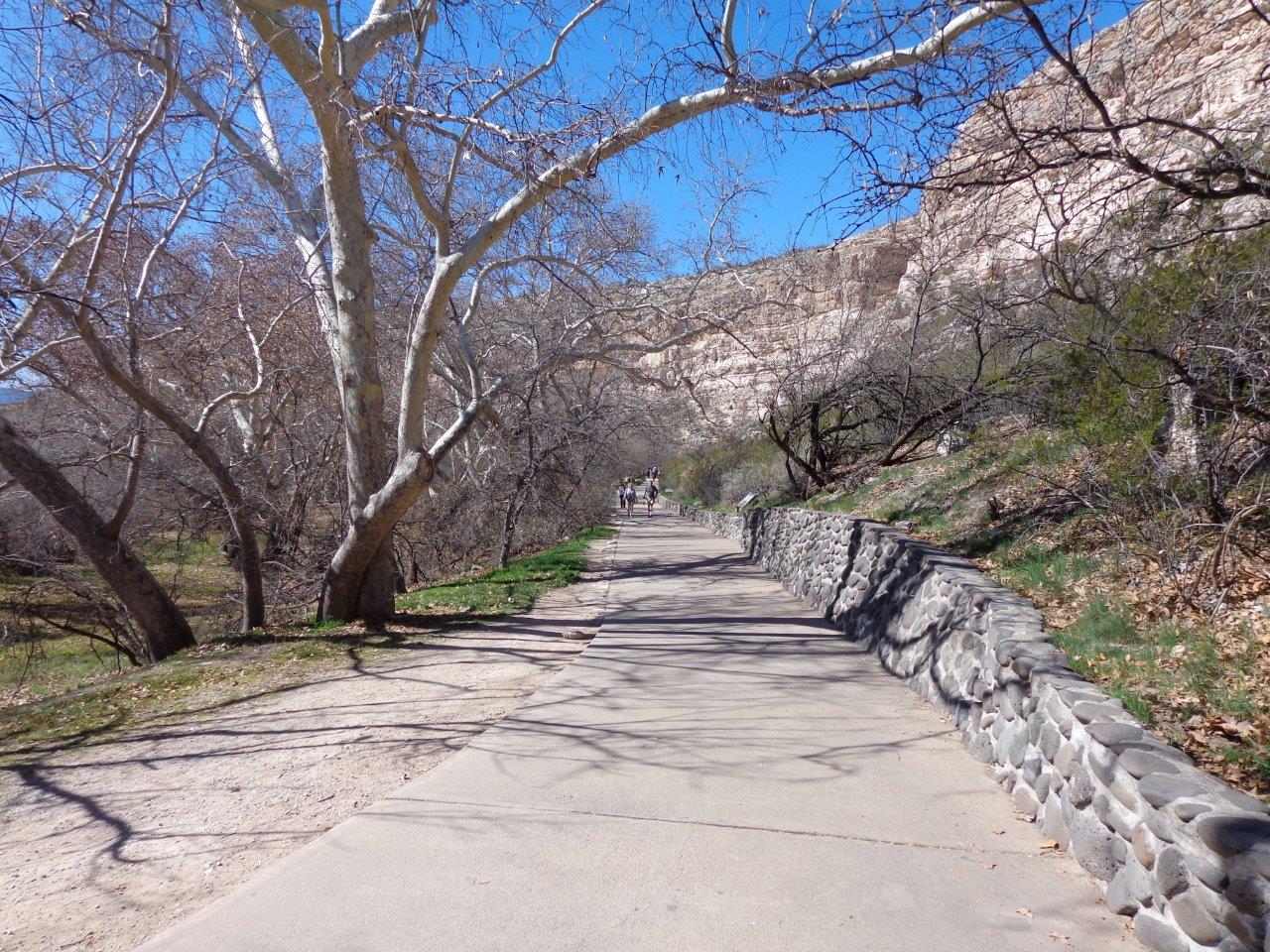 This is the main dwelling.  It faced south, so they got warmth in the winter and the coolness of the rock in the summer. 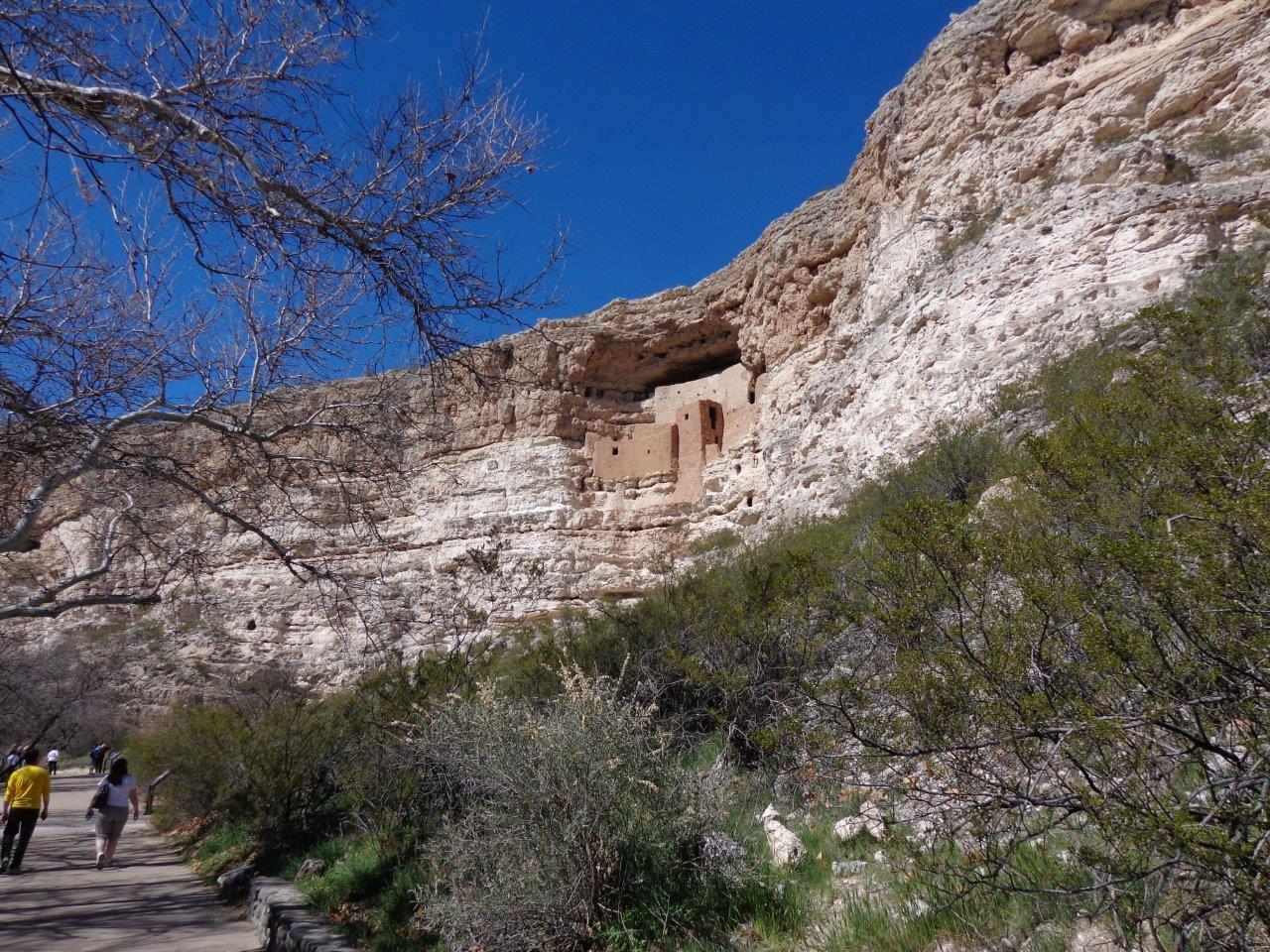 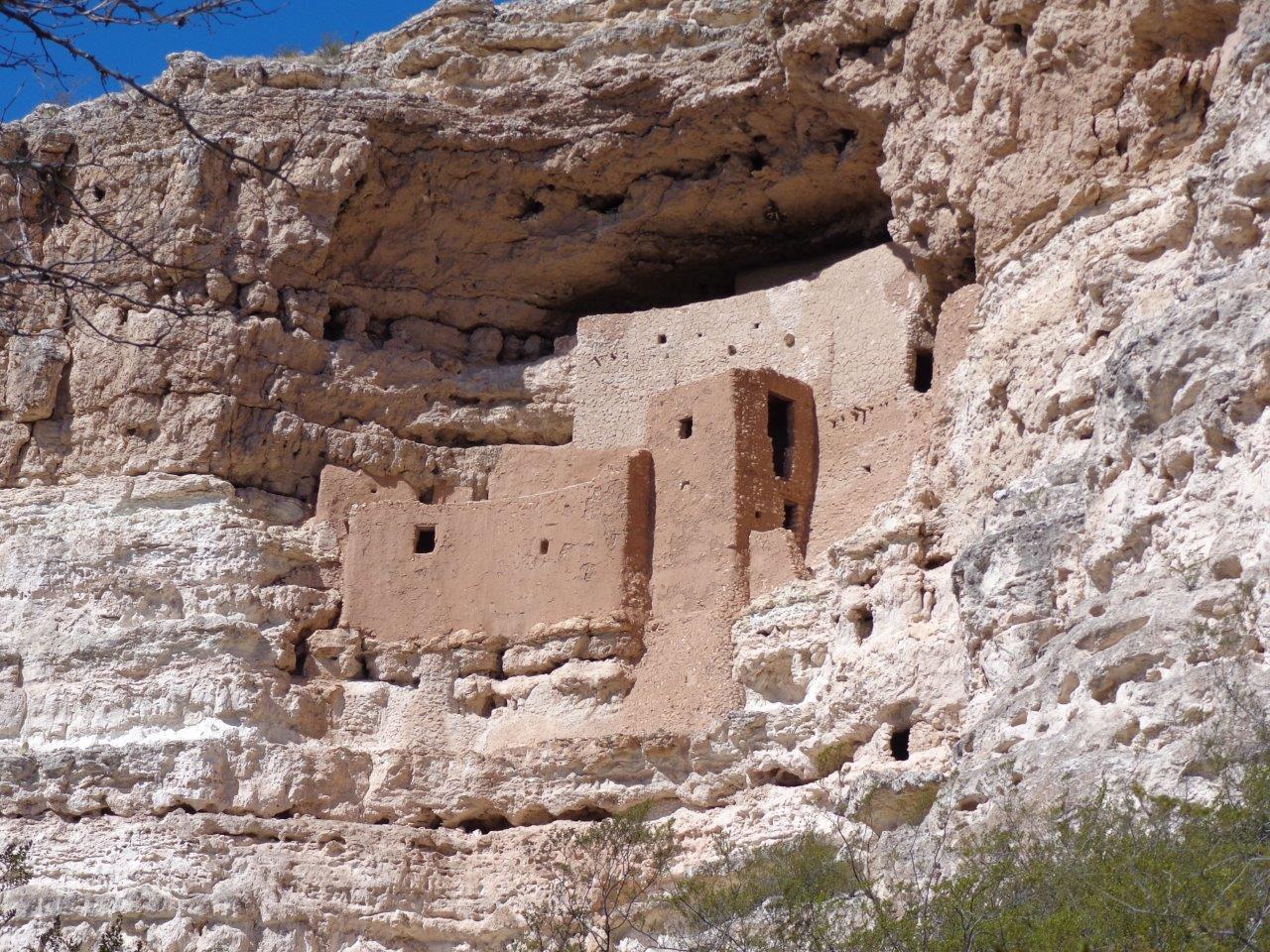 These are some small store rooms nearby. 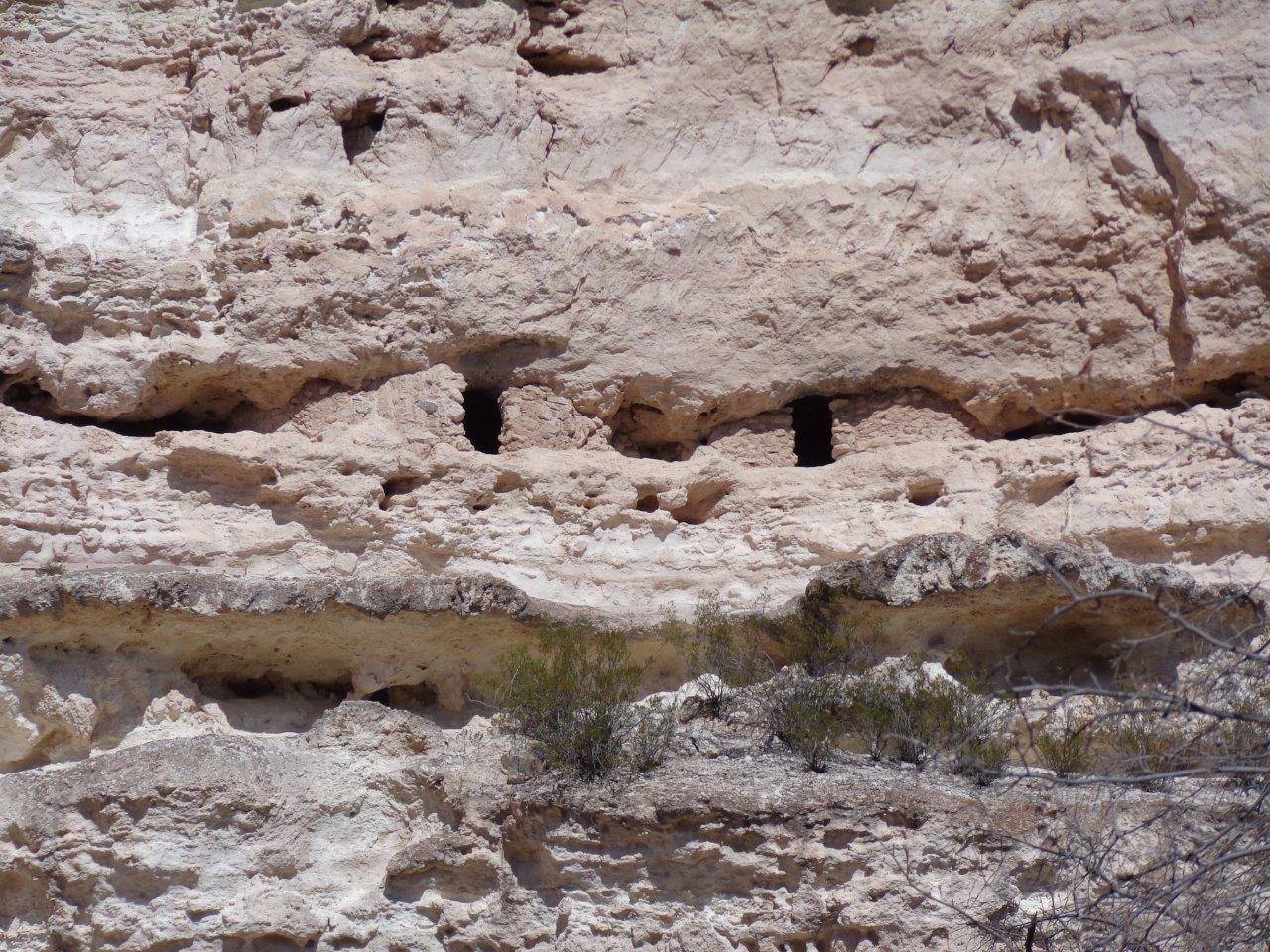 Unfortunately this area had a lot of heavy tourist use before it became a national monument, and this is all that remains of another large swelling just a few hundred feet away. 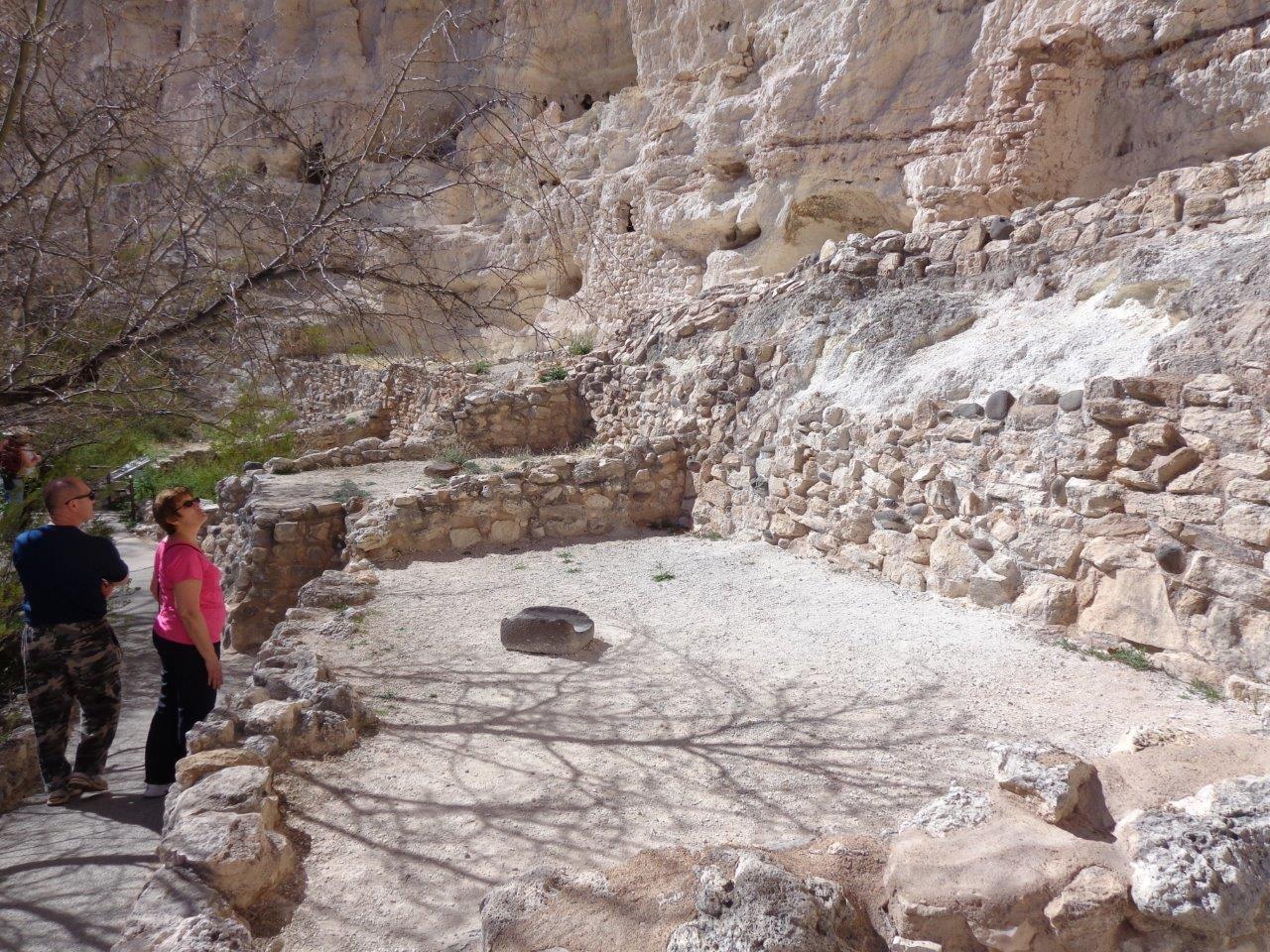 And the river where they planted their crops in the rich bottom land.  Flooding periodically kept the soil fertile. Posted by Grandma on the Road at 4:10 PM